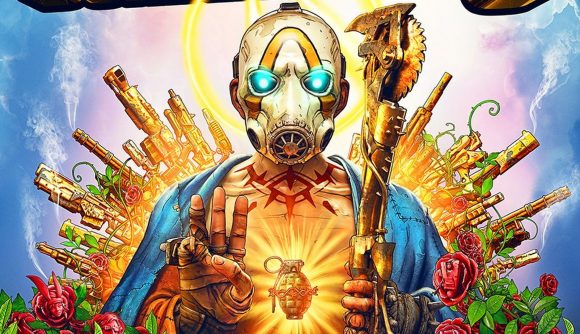 Gearbox has responded to claims from the former voice actor of a major Borderlands character, in which he alleges that the studio’s CEO physically assaulted him. In a series of tweets published last night, David Eddings, who portrayed Claptrap in all three previous Borderlands titles, said that the incident took place in 2017.

In a statement to PC Gamer, Gearbox said that “Gearbox takes any and all claims of this nature very seriously and we will abstain from commenting on the allegations Dave is making because it is a personnel matter. We appreciate David’s contributions to the Borderlands franchise and have continued to assert that we would welcome him back into the mix as the voice of Claptrap and other future opportunities.”

Eddings, who was VP of business development at Gearbox until he left the company in 2017, tweeted about his decision to not reprise the role. He said that “I had a lot of mixed feelings when asked to reprise the role of Claptrap late last year and eventually realized I was willing to put differences aside and do something cool for Borderlands fans with my friends at Gearbox.”

“I ultimately offered to do it for ‘free’ in exchange for past royalties owed plus an apology for something I’ve never spoken about publicly until now: Randy Pitchford physically assaulted me in the lobby of the Marriot Marquis at GDC 2017.” Eddings left Gearbox some time in the month following the alleged incident, after more than 11 years at the company.

I ultimately offered to do it for “free” in exchange for past royalties owed plus an apology for something I’ve never spoken about publicly until now: Randy physically assaulted me in the lobby of the Marriott Marquis at GDC 2017.

Earlier this month, Eddings made clear that he would not be returning to the role, as “for the first time, I insisted on getting paid for my performance and all of a sudden they couldn’t afford me.”

In response, Pitchford said that “Mr Eddings was paid very handsomely during his employment. After his employment he was made a relatively generous offer to reprise the role. Unfortunately, he turned that opportunity down.” In a statement to IGN, Gearbox said that the company “offers the opportunity for salaried employees to voice characters in the game,” and that “not that [Eddings] was no longer an employee, we offered him an industry standard rate.” Elsewhere, however, Pitchford claims that Eddings was offered “twice union rates.”