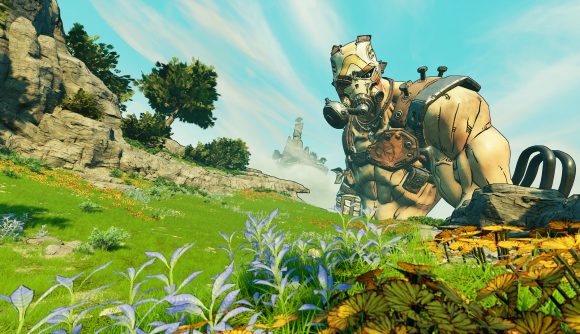 Anyone with an eye on the internet will know that a new Borderlands 3 DLC is on the way with a rather zen looking Krieg the Psycho in tow. It turns out the looter shooter’s next DLC isn’t too far away, either. The Borderlands 3 DLC 4 release date is set for September 10.

The next campaign extension is – in true Borderlands 3 style – called Psycho Krieg and the Fantastic Fustercluck, and there’s a new trailer you can check out down below. So the story goes, you’ll be sent into Krieg’s mind by a scientist called Patricia Tannis. She reckons that Pandora’s Psychos have been driven mad due to their knowledge of a mythical place called Vaulthalla, and that Krieg’s mind holds the key to unlocking the loot it contains. She won’t face the perils, though – oh no – we’ll have to do that.

Continuing along with the beats the story sets out, the gameplay has you helping both sides of Krieg’s dual psyche by looting and shooting his inner demons, which in turn helps him process his traumatic memories. That leads to various goodies such as new weapons, Vault Hunter heads, and skins.

The Psycho Krieg and the Fantastic Fustercluck expansion comes as part of the Borderlands 3 season pass, so if you’ve got it, then this one is free. Even if you don’t have the season pass, you’ll get a free level cap increase. It used to be 60, but it’ll hop up to 65.

You can check out the new trailer right here: 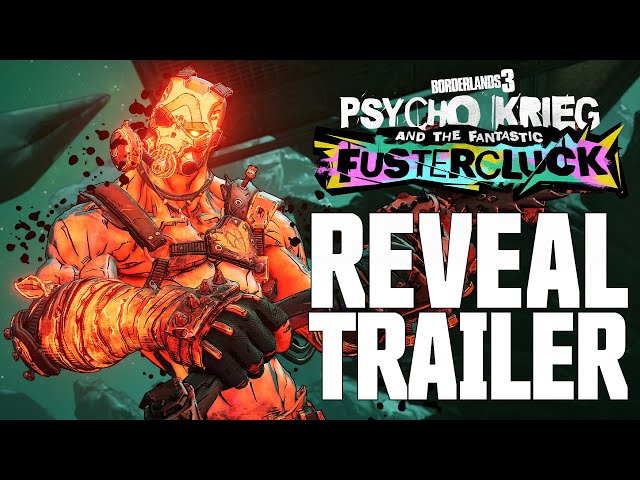 If you want to do some prep before the big release date, our Borderlands 3 builds guide will ensure you go into Kreig’s mind swinging. We also have a Borderlands 3 classes helper if you fancy creating something different – new DLC; new me, and that.