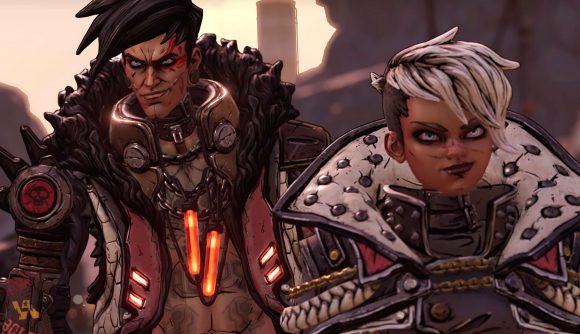 The long-presumed existence of Borderlands 3 is an example of an actual rumour, one which developer Gearbox finally confirmed last night at PAX East with an official Borderlands 3 trailer. Ice-T started his non-rumour on Twitter shortly thereafter, and was then retweeted by Gearbox’s official feed, so yeah – definitely not a rumour.

Last night’s trailer introduced us to a host of new characters, including two new lead bad guys and four new Vault hunters, as well as a returning cast of old favourites. It’s anyone’s guess who Ice-T could actually be playing.

In case you didn’t know, Ice-T is a big gamer. He regularly tweets about “gamer stuff” and has hit the level cap in Destiny 2 with his Titan. If he’s into Destiny then it’s small wonder he’s into Borderlands. Though they share little in tone, they share a lot in terms of gameplay – both are loot-fueled sci-fi shooters with co-operative PvE.

We still don’t have a Borderlands 3 release date, but we’ve rounded up everything else we know about the game so far at that link.

Related: for more fun with friends, try the best co-op games on PC

Other than confirmation from Gearbox that it’s happening, two new trailers, and the fact that it’ll have a billion guns, the last couple of days haven’t actually yielded all that much in terms of hard news of Borderlands 3. Gearbox has promised more details on April 3 – hopefully then we’ll hear more about the story, the Vault hunters, and Ice-T.