Marking the end to a seven year wait for the most avid fans of the series, Borderlands 3 is bursting at the seams with guns and off-kilter comedy that leans towards unfunny more often than not. But beneath all that there’s some cracking gunplay and combat to experience within Gearbox’s latest rootin’ tootin’ lootin’ shootin’ tale, helped along by the Unreal 4 engine and a handful of AMD optimisations.

But how much performance can you eke out of your graphics card in Borderlands 3, and is your gaming PC up to the task of rendering the havoc and gore your vault hunter leaves in their wake?

We’ve pitted the best and brightest from Nvidia and AMD against one another to find out. Representing the green team’s lineup, old and new, we have the GTX 1060, GTX 1660 Ti, and RTX 2070 Super. And for the red team it’s all about the cheap and cheerful RX 570, RX 590, and the latest RX 5700 XT built upon the RDNA architecture. Overall this offers us a spread of the most popular cards on the market, and the latest tech from either camp.

AMD has a slight leg up here over the competition. Or rather: it should. Borderlands 3 has been “developed from the ground up” for AMD’s latest silicon, and Gearbox CEO Randy Pitchford even made a cameo during AMD’s Next Horizon Gaming event over at E3 this year to tout the enhancements the two companies are introducing. But before you get too excited, it seems DX12 is currently out of order in-game, and that means some of AMD’s optimisations have gone with it. More on that later.

As for CPU performance, we’ve opted for the Intel Core i7 8700K to represent Chipzilla’s silicon, and the Ryzen 9 3900X and Ryzen 5 3600 waving the AMD flag. These chips give us an idea as to whether Borderlands makes the most out of multicore chips, or cares more for unfettered clock speed like the rest of them. 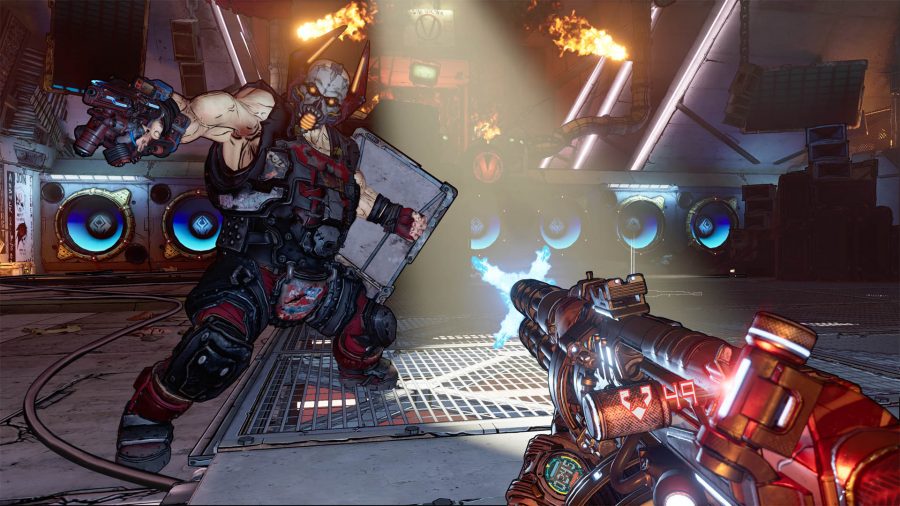 What is the best graphics card for Borderlands 3?

If you’re hoping for 60fps or greater with ultra settings enabled in Borderlands 3 you’ll need to invest in a graphics card above and beyond the GTX 1660 Ti. That’s either an RTX 20-series GPU from Nvidia or an RX 5700-series GPU from AMD.

The need for top-shelf silicon is due to the rather high demands of Borderlands in the Unreal Engine. While the GTX 1660 Ti is acceptable fare and gets awfully close to 60fps on average during the game’s prescribed benchmark run, it falls short in the all-important minimum fps metric. With a little less horsepower on offer, the GTX 1060, RX 590, and RX 570 suffer a similar fate.

You may find your average fps figure drops even further as you embark on your own journey through the rough and vulgar wilderness. Intense gunfights – the likes of which there will be many in Borderlands 3 – have an adverse effect on fps beyond even what even the in-game benchmark run is capable of portraying. 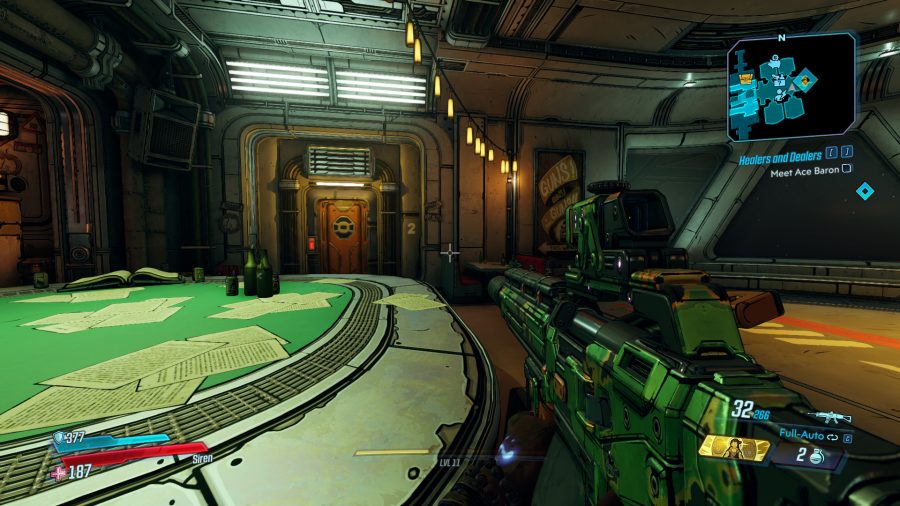 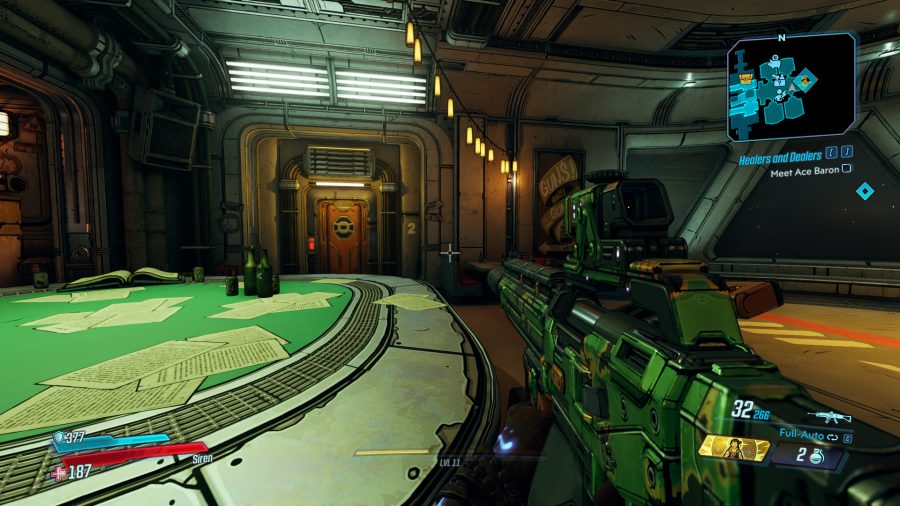 With mainstream graphics cards such as the GTX 1060 or RX 590 it is recommended to drop the overall quality down to medium – discernible from ultra largely due to the lack of ambient occlusion. At 1080p even AMD’s budget champion, the RX 570, is capable of a solid 60fps minimum and 75fps on average. That’s pretty smooth sailing for the ageing Polaris card in 2019.

1440p at medium is also close to the 60fps mark with the GTX 1660 Ti, and within reach of the GTX 1060. With performance edging on an admirable 60fps, it may be worth adjusting settings at a granular level to avoid screen tearing or the need to enable v-sync.

Won't settle for less than 4K or 144Hz in Borderlands 3? Sounds like it's time for a GPU upgrade.

4K30 is a little more attainable for the moderately high-end cards, however. The RTX 2070 Super manages to keep its head above water with a solid 30fps minimum in-game, while the RX 5700 XT falls only a little short at 27fps minimum. Only once cranked up to the ‘badass’ preset do both cards fall over a little.

But there may be a saving grace for the RX 5700 XT yet. While DX12 is currently b0rked, there’s been hefty investment in getting the red team’s graphics cards up to speed in Borderlands 3. That should mean we see a patch, or some solution, for the number of players running into DX12 errors relatively soon – or at least one would hope. 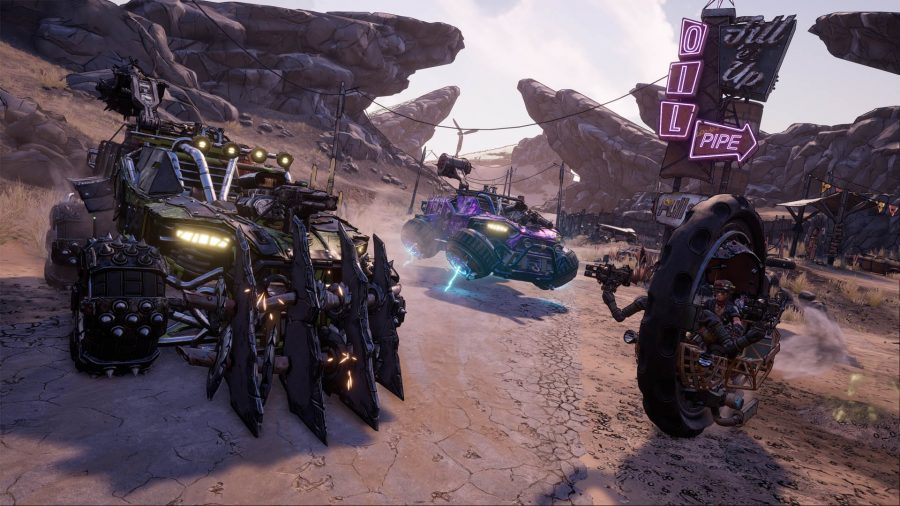 What is the best CPU for Borderlands 3?

Borderlands 3 CPU performance is tied to intrinsically to clock speed and not core count – a familiar tale. While the Ryzen 9 3900X is rocking 12 cores and 24 threads, it’s largely its 4.6GHz clock speed and IPC increases that see it across the finish line in a similar time to Intel’s six-core, 12-thread Core i7 8700K. Only 100MHz separates these two chips at maximum boost frequency, which will often only apply to one or two cores at any given time.

The six-core, 12-thread Ryzen 5 3600 also trails by only a few frames. That’s likely due to its slightly stunted max boost clock of 4.2GHz, which hinders it slightly under pressure at 1080p. Minimum framerates are also significantly lower on the Ryzen 5 with medium settings, signalling the occasional CPU-related frametime cock-up. It is, however, only a slight decrease to the far more expensive processors, and once again shows the GPU-dependency of most modern videogames. 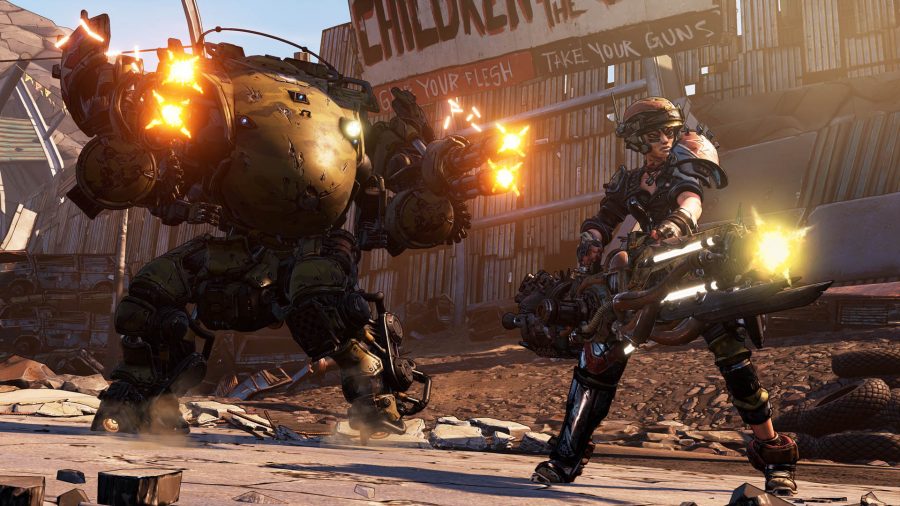 What are the best settings for 60fps in Borderlands 3?

Borderlands 3 offers a fairly impressive set of user configurable settings in-game. But of all those available to the avid options explorer, the best setting to tweak in Borderlands 3 for better performance is draw distance.

We’ve loaded the test rig with a GTX 1660 Ti and Ryzen 9 3900X and put a handful of the most demanding settings to the test to see which ones had the most impact on framerates, and which were the least detrimental to visual fidelity. Of all the settings tested, draw distance ranks the most costly among them, and the least disruptive to the overall scene quality. We found lowering draw distance to ‘low’ netted us a 17% performance gain.

If performance is still not up to scratch, we recommend dropping down the preset to high or medium; or lowering texture quality a step or two across characters and terrain.

Within the Advanced Settings tab of Borderlands 3 you’ll also find an option for FidelityFX sharpening – some of the latest functionality out of the red team’s skunk works. This is actually a GPU-manufacturer agnostic implementation – as part of the GPUOpen program – and even Nvidia’s silicon is welcome.

It’s important to note that FidelityFX sharpening is different to Radeon Image Sharpening. The former is implemented at the game level and open to all, while the latter is implemented by AMD at a driver level and only available on the RX 5700-series and some 500- and 400-series GPUs. Both utilise Contrast Adaptive Sharpening (CAS) to sharpen and scale frames, if required.

Borderlands 3 has been the poster-child for FidelityFX ever since AMD took to the stage at E3, and we’re now finally seeing the fruits of AMD’s efforts with Gearbox following the initial rollout with F1 2019. The red team has been touting this feature as ostensibly free-of-charge, meaning it will have no discernible impact on performance. And we’re happy to report that our benchmarking comes to the same conclusion.

Otherwise our testing with screen space reflections and shadows produced little benefit, and therefore we recommend you leave these settings on to experience the game at its fullest.

FPS-heads may be left wanting more from Borderlands 3 and the Unreal Engine – and we're still waiting on DX12 to see what tangible benefit AMD's optimisations offer.

122 days ago
Borderlands 3 Xbox One