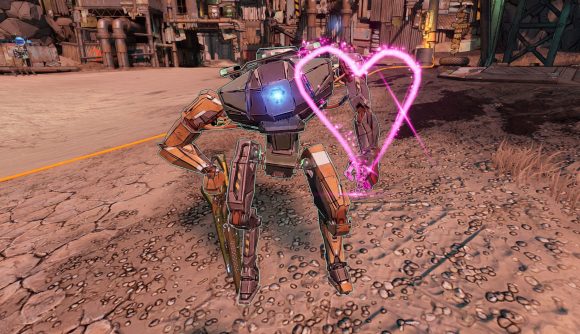 Borderlands 3 is in for a hefty new content drop, starting in just a matter of weeks. Developer Gearbox and publisher 2K have announced Borderlands 3 Season Pass 2 is on the way, which includes two brand-new DLC add-ons, each featuring their own batch of content and goodies for the looter shooter – and the first of these arrives in less than a month’s time from now.

Borderlands 3 Season Pass 2 will bring the two included DLC add-ons – a ‘Designer’s Cut’ and a ‘Director’s Cut’ – the studios announce in a press release, as well as some new looks for the FPS game’s four Vault Hunters, which we’ll get a better look at later in October. The first of these two add-ons, the Designer’s Cut, will usher in “totally new ways to play” the game through new, additional skill trees for each of its Vault Hunters, as well as a new standalone game mode called ‘Arms Race’, and other content.

Details beyond this are a little sparse for now, but the Borderlands 3 devs have some reveal plans for October, which you can tune into to find out more about what’s on the way for the Designer’s Cut portion of the action-RPG game’s Season Pass 2.

For example, on October 20 and and 22 at 17:00 BST / 12:00 ET / 09:00 PT, the devs will be revealing the four new skill trees – two at a time – on the Borderlands Twitch channel, followed by a “new episode of The Borderlands Show premieres, featuring the new Arms Race mode, developer interviews, and much more” on October 29, and the first live playthrough of the Arms Race mode on October 30 (at the same time).

Get ready to make all kinds of mayhem with Borderlands 3's new Season Pass 2, which will feature two more add-ons unlike anything we've done before.

As for details on what the Director’s Cut will bring, we’ll just have to wait a little longer. The add-on’s set for a spring 2021 release, so we should get to see what’s in store closer to that time.

The Borderlands 3 Season Pass 2 will be available to grab on PC and Stadia (as well as both current and next-gen consoles) on November 10, with the Designer’s Cut right alongside it.