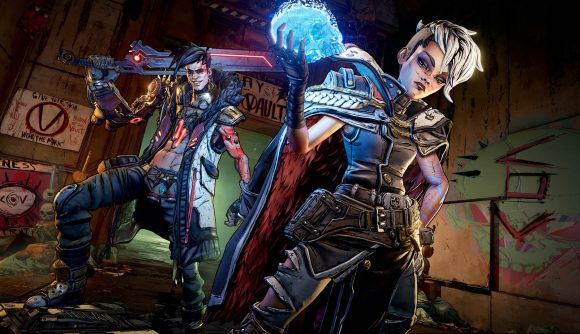 The exclusivity period for Borderlands 3 on the Epic Games Store came to an end last week, and the loot shooter is finally available on Steam. So how many people waited for it to come to Valve’s platform before jumping in? Quite a few, as it turns out – the game landed comfortably among Steam’s biggest titles this weekend, though the numbers fall short of what Gearbox reported on the Epic Store at launch.

Borderlands 3 peaked at 93,820 players on Sunday, March 15, as SteamDB shows. That puts it firmly in the territory of Steam’s most popular games, and it’s still hovering at the number 13 spot as of this story – clearly, a substantial number of people were waiting for the Steam version, and the substantial 50% discount that accompanied this release probably helped.

At the original launch back on the Epic Store, Gearbox chief Randy Pitchford said that the Borderlands 3 PC player count had doubled that of Borderlands 2 – which would put the new game at a peak of nearly 250,000, far beyond even the impressive numbers that the Steam release is posting now.

The two PC releases of Borderlands 3 offer cross-play with each other, so it doesn’t matter which version you’re digging into now – though the number comparisons do give us some insight into just how big the number of Steam holdouts truly is.

Check out a big list of co-op games if you’re looking for further options to play with your buddies this week.