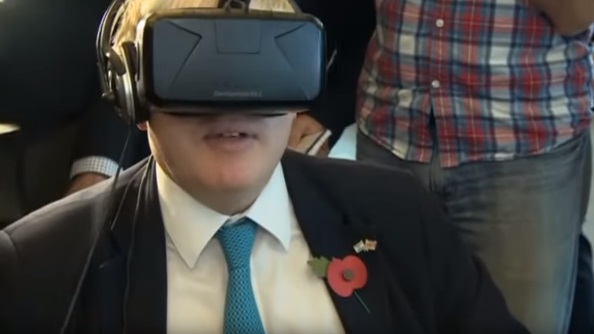 London Mayor Boris Johnson has been on a quick trip to Israel recently, where he got the opportunity to throw himself into the future by trying out an Oculus Rift. The famously amusing politician strapped a big pair of VR goggles to his face, and promptly got quite confused.

For more VR fun, read how our Tim got on with virtual reality sex games.

The footage, courtesy of the BBC, shows BoJo spinning around, almost bumping into a camera, and attempting to work out quite what was going on in his virtual world. He finally discovered he was in the body of a dog, after first believing he was a cat.

“Oh, this is superb!” he declared, as he apparently watched a cat jump on a piano.

But despite finding the VR experience superb, Boris still wasn’t entirely sure what it was all for.

Well, we got to hear Boris barking while he pretend to be a dog, so it doesn’t matter if he ‘got’ VR or not. Win.