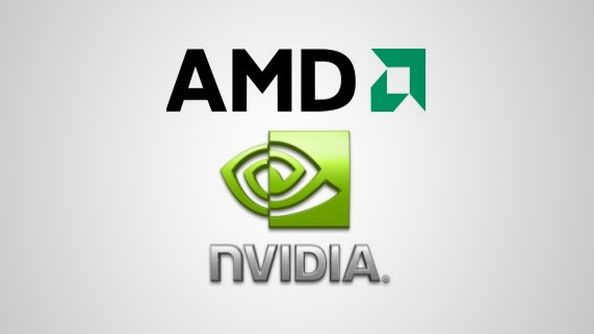 4K’s the current buzzword in pretty games. 3840 x 2160. More than 8 million pixels. Twice Four times the resolution of 1080p, it makes the old standard look like you’re playing games on an etch a sketch, not a computer. Right now, graphics card manufacturers are making cards that can pump out that many pixels, monitor makers are making screens them, and game developers are making games that demand them.

I spoke to AMD and Nvidia to find out what they’re doing to make it happen.

I’m not asking simply to jump the gun on industry trends. Something amazing happens at 8K, as Richard Huddy, AMD’s chief gaming scientist tells me: “If we get to a display resolution of about 8k horizontally and about 6k vertically then, for a player with 20/20 vision, they will have something that is close to perfect for their visual system.”

Beyond that, the human eye wouldn’t be able to perceive any more detail on their screen. There’ll be no great race to 16K or 32K.

“That’s about 48 million pixels to fill the field of view,” Huddy explains. So it would take a card six times more powerful than a card capable of producing 4K graphics.

And, in truth, they’d need to be even more powerful than that. Due to the way graphics cards push information to the screen they typically need to produce twice as much data than the monitor requires, otherwise you end up with visual artifacts. So, an 8K monitor would actually be receiving 16K resolution data. “If you had 16K you’d offer a perfect experience, no one would see artifacts if they had 20/20 vision,” Huddy said. “An eagle might be frustrated that it was low resolution for them but for the human eye that resolution is close to perfection.”

“8K, or anything above 4K is going to require multiple GPUs,” Scott Herkelman, Nvidia’s head of GeForce GTX told me when I asked about what would be needed for 8K. “4K for most GPUs is pretty tough, the 980 handles it well but it’s still one of those things that the more GPUs you have the better it looks.” 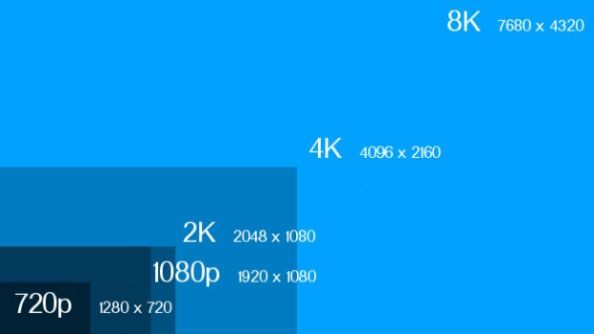 The next challenge is having a monitor that can display all that data at a refresh rate that you can game on. Huddy thinks 8K will begin life as a multi-screen setup with three or five screens powered by a stack of cards running in Crossfire. Even now monitor companies are struggling to build a screen that can run 4K graphics at 144hz, top level gaming speeds.

The final challenge is our expectations. We won’t accept an increase in resolution if it means a step back elsewhere. “A lot of what we put up with in graphics we put up with because we’re used to it,” Huddy says. “We used to have low shadows and then people found they had enough graphics horsepower to put shadows on; we used to say ‘Work with one or two closest light sources, it’s a close approximation’ and we’d put up with it. As graphics cards got more potent they’re able to fill in more of those blanks and you don’t really want to ever go back.”

AMD could reach for 8K cards but if they weren’t also able to maintain the current standard of visuals in games we’d be disappointed. Plus, with companies like Crytek and DICE exploring graphical advancements besides simply more detailed models, the demands on a graphics card are always increasing.

It’s going to be a Herculean task for AMD and Nvidia to make those cards which can run games at the limits of what our eye can perceive. But they will get there.