Getting to grips with the gods of ancient Greece in Assassin’s Creed Odyssey and dueling with Japanese yokai in Sekrio: Shadow’s Die Twice opens up a whole world of rich mythologies from another country’s history.

Epic tales and old legends are always great inspirations for videogame stories, and in recent years Norse mythology has stepped out from its icy northern realms and journeyed its way into the gaming landscape. The turn-based RPG of The Banner Saga trilogy spins tales of Vikings and their gods, and Ninja Theory’s Hellblade: Senua’s Sacrifice tells the story of a Celtic warrior’s descent into the Norse underworld, Helheim.

Then, of course, there’s God of War, an epic adventure that sees one of videogame’s most brutal characters battle Nordic monstrosities, slay ruthless gods, and navigate the tricky territory of fatherhood in ancient Norway.

Swedish game developer, Dimfrost Studio, has taken a different approach to the region’s storied past With Bramble – The Mountain King and instead focused on something a little closer to home: folklore.

“As Swedish people, Nordic folklore carries a certain nostalgia,” Dimforst’s technical artist Mikael Lindhe explains. “It’s an homage to our cultural heritage and a chance to share it with the world. We’ve seen the wild success of Nordic and Viking mythology culminating in 2018’s God of War which I consider to be the preeminent game entry in the genre. Therefore, we choose a lesser-known member of the same family of stories: the smaller world of Nordic folklore.” 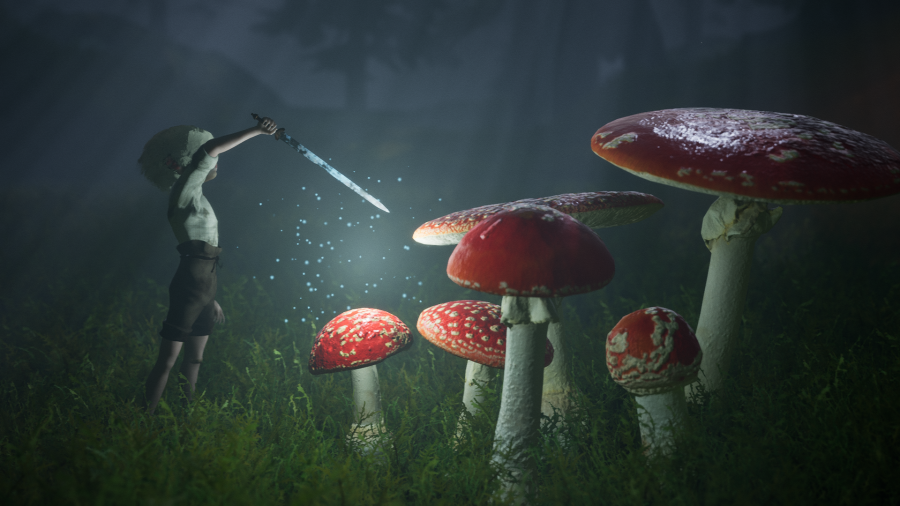 Bramble explores the monsters and creatures that exist in the pages of bedtime stories. It uses the cautionary tales of naughty children and forest folklore as its inspiration. It tells the tale of a young boy who ventures into a mystical forest to prove to her older sister that the stories from these fairytales are not real and that it isn’t scary at all. A cursory watch of the game’s trailer suggests that she’s going to have a tough time making her point, however..

We choose a lesser-known member of the same family of stories: the smaller world of folklore

“The story takes on slightly larger proportions than the folklore,” Lindhe says. “Most folklore has pretty clear and simple moral lessons: don’t go too far into the forest, don’t go too close to water, etc. We certainly retain those stories as elements but ultimately the theme of Bramble has a larger scope.”

Bramble unearths what’s hiding in the dark, what lies beyond the tree line, and what lurks in gloomy caves. Playing as the younger brother, players will be tasked with solving puzzles, sneaking around, and fighting the mythological creatures that creep in the shadows. 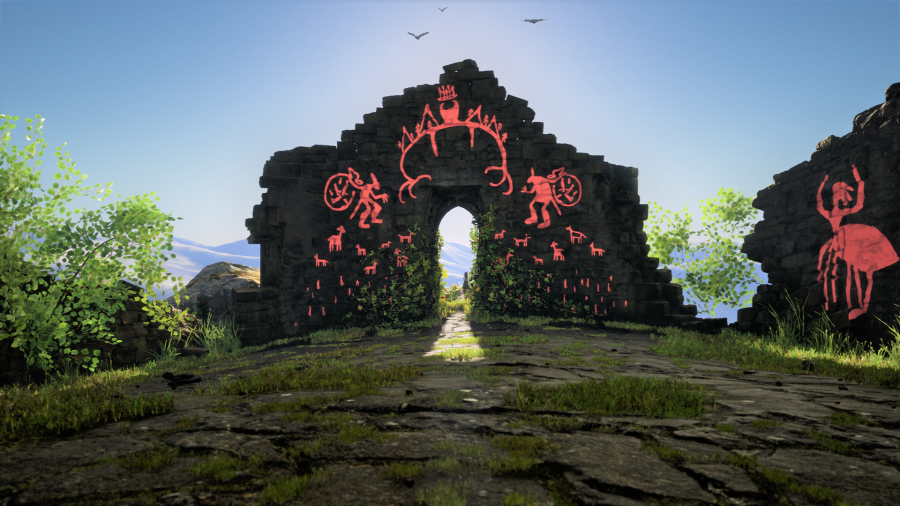 There’s the Näcken, a man who sold his soul to become the greatest violinist in the world but is now bound to water, luring unsuspecting prey to his pond with his music before drowning them.

The Skogsrå is a shape-shifting forest nymph that lures those who are lost and then devours them when they’re deep within the thicket. And you can’t have a game based on Norse folklore without Trolls – they’ll be skulking in the dark and roaming through the forest just as legends describe.

Legends, ghost tales, mythologies, folklore, and even small-town gossip are intimate parts of childhood, wherever in the world you are from. And much of Norse mythology has an apocalyptic, melancholic nature to it: the grand stories of The Banner Saga, Hellblade, and God Of War all have a sense of impending doom and loss. 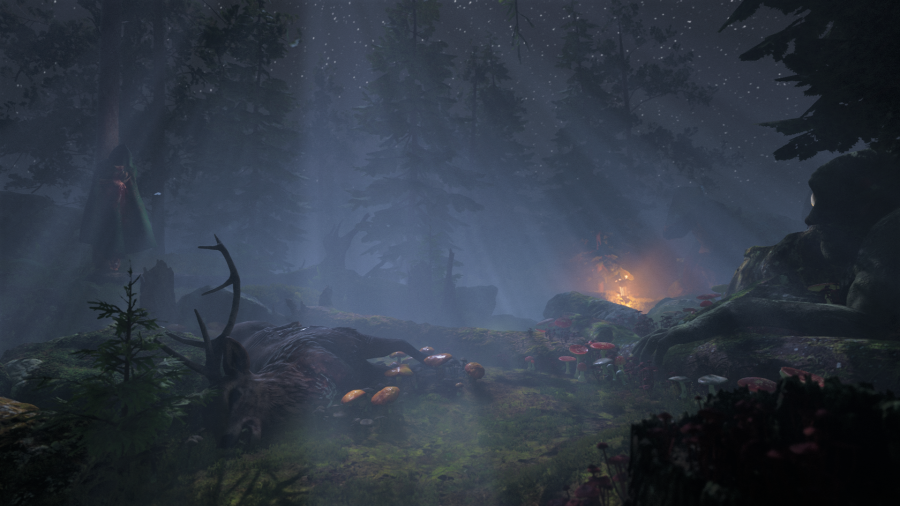 But Bramble is a way for Dimfrost to share the more subdued, if no less unsettling, tales with those who might not know them. Using Unreal’s tool set, Lindhe was able to accompany Bramble’s story with some impressive fog and lighting effects, giving more personality to Scandinavia’s fairytale forests, caves, and rivers. “One tool that I’m grateful for is the new volumetric fog and lighting since 4.18,” he says. “Many of our scenes would be a lot harder to make as atmospheric and eerie without it. It’s easy to improve the standard exponential height fog with the volume settings, and since materials can affect the volume domain, particles and meshes can be used to make more elaborate volume effects.”

Read more: Check out our best adventure games on PC

Bramble doesn’t currently have a release date but Lindhe is excited about the future. “Hopefully we’ll be able to develop Bramble full-time soon and share with you this eerie and magical journey that we’re creating.”

In this sponsored series, we’re looking at how game developers are taking advantage of Unreal Engine 4 to create a new generation of PC games. With thanks to Epic Games and Alien Pixel Games.