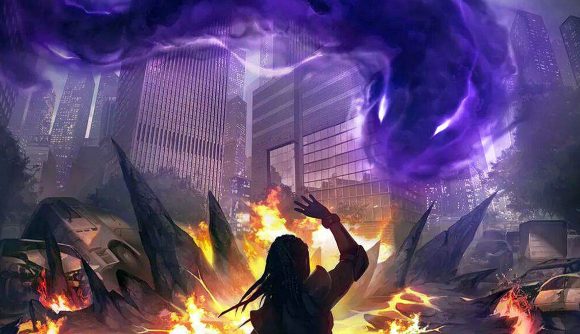 The Worldshaper is the latest playable class in Breach, a co-op action-RPG made by former BioWare staff. A variety of Veil Demon, it boasts a number of terrain-based abilities that’ll intrigue anyone who likes to control the battlefield.

These abilities include Winds of Auros, with which you can push enemies into traps (or indeed anywhere else). Fungal Spore is a poisonous trap that’ll deal continuous damage to opponents that feel its sting, and you can even summon an impermeable Grael Cage to trap enemies in a small area – perhaps with some spores or minions for company. And then there’s Cerberus Inferno, which literally transforms the floor into lava, dealing “extreme pain” to all opponents who cross its (sizeable) surface area.

Breach is a co-op action-RPG in which the Veil that separates our reality from what we think of as mythology has been – roll credits – breached. All sorts of fantastic monsters are now invading our world in the near-future, making for a variety of colourful battles to fight. There are several Hero types each with several sub-classes, each offering a distinct spin on the usual RPG archetypes, so there should be tons of playstyles to master and team synergies to discover.

As forces of the Veil, Veil Demons are hostile to the Heroes you usually play, but you’ll be able to take control of them in Solo or Versus modes, with the Worldshaper one of your class options.

Here’s Breach’s Steam page, where you’ll notice it’s not yet available. It’s due to release in Early Access on January 17, in one week’s time, so check back then for lots of asymmetric, team-based, hack-and-slash goodness.