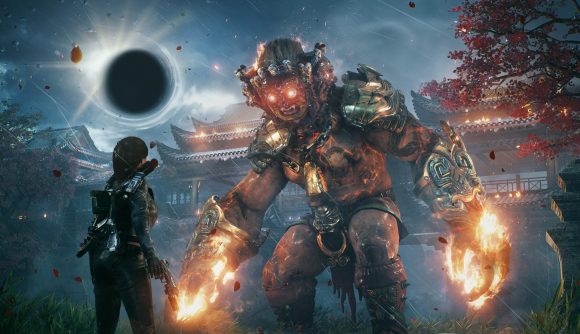 It was just last year that we first caught wind of Bright Memory: Infinite, an insanely polished-looking FPS game from Chinese indie developer FYQD Studio. Now it’s got a release date, and will be coming out on Steam November 11, with support for some of the latest and greatest in hardware-based special effects.

Bright Memory: Infinite is about a special operative named Shelia who finds herself swept up in a strange cosmic event that opens a rift between two worlds. A black hole has opened and has connected the modern earth she knows with some mythical, primordial world of legend. That means she gets to use an arsenal of modern firearms, as well as a suite of mystic powers as she battles enemy soldiers and gigantic monsters pulled straight out of folkloric tales.

There’s just a dizzying array of tech on display in almost every frame of Bright Memory: Infinite, as you’ll see in the new trailer below. Shelia can use a sword to lop off enemy limbs, swap to a Titanfall-style assault rifle, parkour her way out of or into danger, and zipline between vantage points. 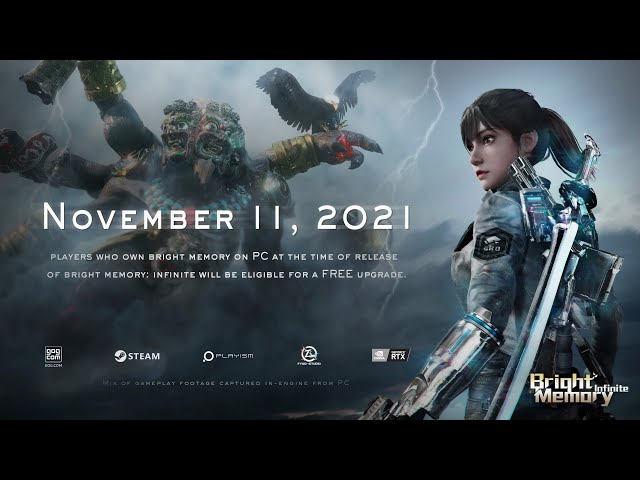 FYQD says Bright Memory: Infinite is built in the Unreal Engine and supports ray-tracing, DLSS, and Nvidia Reflex – so you might want to check out the bespoke ray-tracing benchmark tool that’s available on Steam now.