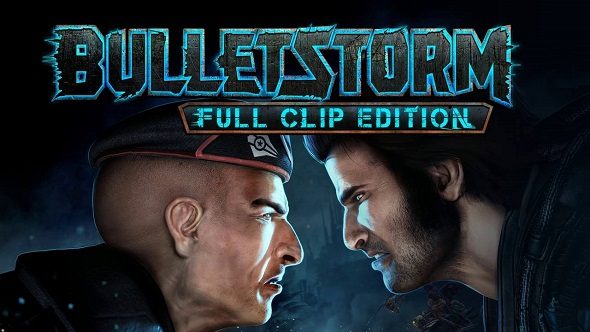 Ahead of its release on April 7, Gearbox Software have shown off a launch trailer for Bulletstorm: Full Clip Edition and hoo boy, it’s something. With thumping music that sounds like it’s straight out of someone’s first Call of Duty montage, this trailer certainly lives up to Bulletstorm’s trademark brashness.

Check out our list of the best PC shooters for more top notch FPSes.

Based on the marketing for the original Bulletstorm, which included the hilarious “Duty Calls” parody game, I’m wondering whether this trailer is some genius satire of over-hyped game trailers or just a massive miss. In any case, it runs eager shooter fans through some of the new features coming in the Full Clip Edition, including the new Overkill campaign and challenge maps. The Overkill campaign gives players unrestricted access to Bulletstorm’s myriad weapons from the first level, while the new challenge maps are there to really test a player’s creativity as a killer.

Along with full 4K support and a major revamp of the game’s visuals and sound effects, Bulletstrom: Full Clip Edition comes with the much touted Bulletstorm Tour DLC, which replaces protagonist Grayson Hunt with the King himself, Duke Nukem. This extensive campaign redub will be free for those who pre-order the Full Clip Edition, with the remaster also coming with all the DLC from the original Bulletstorm bundled in.

The response to the trailer has not been positive, let’s just say that much. One need only look at the massive ratio of likes to dislikes on the trailer to see that Bulletstorm fans aren’t 100% pleased with the remaster. Well, let’s hope their anger is abated when they get their hands on the game in April.