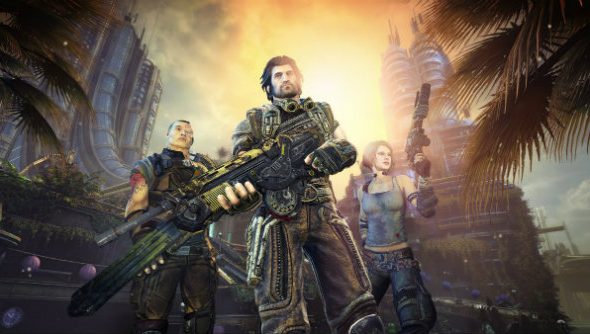 Remember Bulletstorm? You know, that underrated shooter that let you pull enemies around, throw them up into the air, kick them over ledges and get points for shooting them straight in the bumhole. Well, it looks like a remaster is being worked on.

For more of the happenings at E3 2016, check our homepage for the latestPC gaming news.

For whatever reason, it looks like a Bulletstorm remaster was going to be shown at Microsoft’s conference, but was pulled.

Either way, there’s still remnants of its existence in a press asset USB uncovered by a Polygon video staffer. Here’s his tweet:

Uh, so… I just found a folder on an Xbox USB called "Bulletstorm Remaster." No mention of this anywhere online. Huh! pic.twitter.com/gmcHbb8t6C

Many, myself included, think Bulletstorm was great, so I think this’ll go down well once the People Can Fly and Epic shooter remaster has been unveiled.

Yes it was peurile, crass and obnoxious, but how many other games give you extra points for shooting a man in the ass?