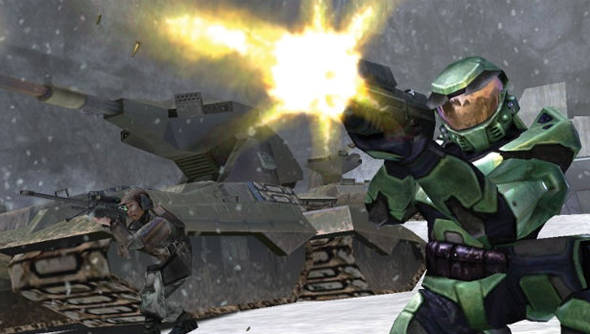 It may be more than a decade old but that’s not stopping Bungie from releasing a patch for the original Halo. Till now multiplayer in the aged shooter was supported by Gamespy, a third-party service that provides servers for tons of games. Gamespy’s in the process of shutting down and for most the games using it that means they’ll be multiplayer-less. (Well, until Scott Kevill adds them to GameRanger.)

That’s not the case for Halo because Bungie’s released a patch that strips out Gamespy and replaces it with a official multiplayer support.

“As you might have heard, the Gamespy service that has provided our server list these 11 years is shutting down at the end of the month, and prior versions of the game will no longer be able to browse for internet multiplayer games,” writes Roger Wolfson, Bungie’s online services engineering lead. “Community member btcc22 has valiantly written a new server-browser application for Bungie to host and support in-game via this patch.

“This update also contains a number of other small bugfixes, mostly relating to security or compatibility with newer hardware. Big thanks to community members Technut and kornman00, and btcc22 again, for helping to catalog and investigate these problems, making the job of fixing them much easier, and to the community who has helped test the patches.”

You can find the patches and dedicated servers at these links, be sure to install the correct version: