SSDs have been around for a while now, and you probably already know how great they are. Super quick boot times, snappy and responsive desktop use, and almost instantaneous app and game load times. They're the new standard for gaming rigs – long gone are the days of 7,200RPM whirring HDDs hosting our operating system and favourite games.

But there hasn't only been a switch from HDD to SSD, there's also been a switch from SATA SSDs to M.2-connected NVMe SSDs, which are now the best SSDs for gaming. And within this category, the past few years have seen a dramatic increase in speed and performance of these NVMe drives. All of this is to say: you really can get some next-gen speed in mainstream, relatively inexpensive SSDs these days. And at the apex of this balance between super fast speed and relatively low cost sits Addlink's S70 1TB SSD.

Addlink’s S70 is an NVMe SSD that often goes unnoticed or even unrecognised. This is unfair, because it really is the best SSD for the money. And regarding the money, where it sits on the SSD price scale is where most people building a gaming rig will be looking to make their SSD purchase: at the budget end of the high-speed SSD territory. At up to 3,400 MBps read speed and 3,000 MBps write speed, it can’t be beaten for the price.

You’re still using an old-school SATA SSD, or an even older-school spinning HDD, and you want to make an upgrade to current-gen storage. The past few years have seen massive transformations in storage speed, size, and prices, meaning it’s pretty easy to make a significant upgrade to your rig for a relatively low cost. The difference between older storage devices and NVMe SSDs that are as fast as the Addlink S70 is huge, and it’s now possible to get 1TB of NVMe SSD storage for less than what a 250GB SATA SSD cost only a few years ago. There are faster options than the S70 on the market, but only if you spend a whole lot more. 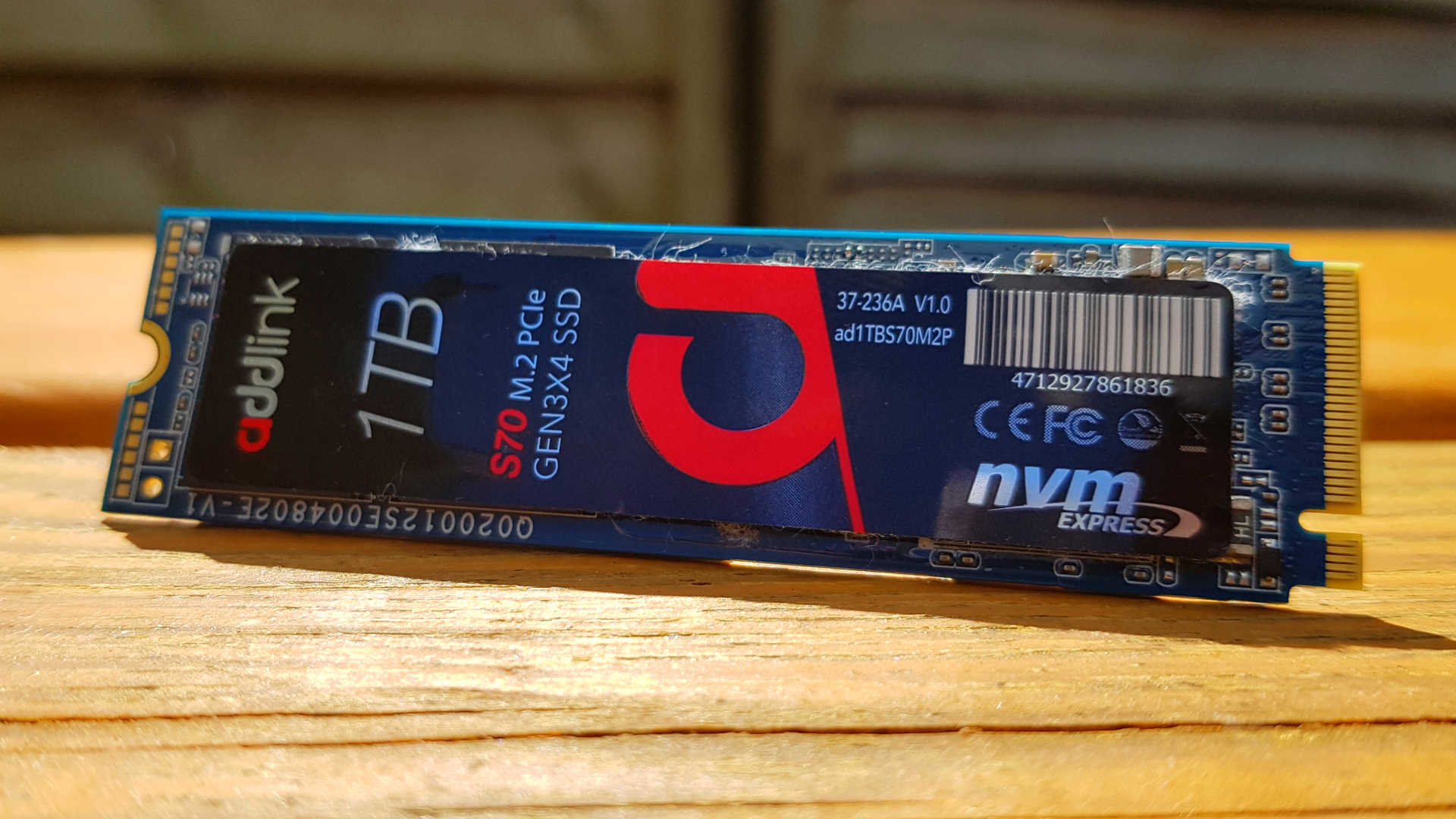 Addlink’s S70 comes with either 256GB, 512GB, 1TB, or 2TB capacity. For most people making the upgrade, I would recommend going for 1TB capacity. 1TB of SSD storage is now extremely affordable, and it’s more than enough to store your operating system and a whole load of games and files. If extra storage is needed for other less important things, a cheap SATA SSD can be added on. Of course, this all depends on each individual’s own use case.