Controllers used to get a bad rap with PC users – you know, the whole 'keyboard and mouse until I die!' cohort. But the tide has turned, and people have started to accept that controllers have a place in the PC gaming market. For better or for worse, many game genres are a better experience when using one of the best PC controllers.

They can also be expensive. Even a standard Microsoft Xbox One wireless controller sets you back over $60 these days. But there are still some great budget options available if you want a controller compatible with your PC. The EasySMX Wireless is the best cheap PC controller we've found, and makes a great addition to any PC gamer's setup.

This controller is a budget ‘almost-replica’ of the original Xbox 360 controller, which, by my reckoning, is one of the best controllers ever made (no, seriously, I still use one as my go-to PC controller). It features the same 360 controller layout: two offset thumbsticks with a D-pad in between, ABXY buttons, and two triggers with L1 and R1 shoulder buttons right above them. It’s as bog-standard, but also as tried-and-tested, as you can get. The only significant difference is it’s a whole lot cheaper than most mainstream controllers.

You’ve had your fill of FPS games and are ready to dip into the third-person, or perhaps a racing or sport game. You know that mouse and keyboard will work, but it’s not quite how these games were intended to be played – most of these games were, after all, developed with a console audience in mind. But you’re also not willing to spend $200 on a ‘pro gaming’ controller with paddles. You want something cheap, that doesn’t muck about, but is still great quality. If this is the case, the EasySMX Wireless is for you. 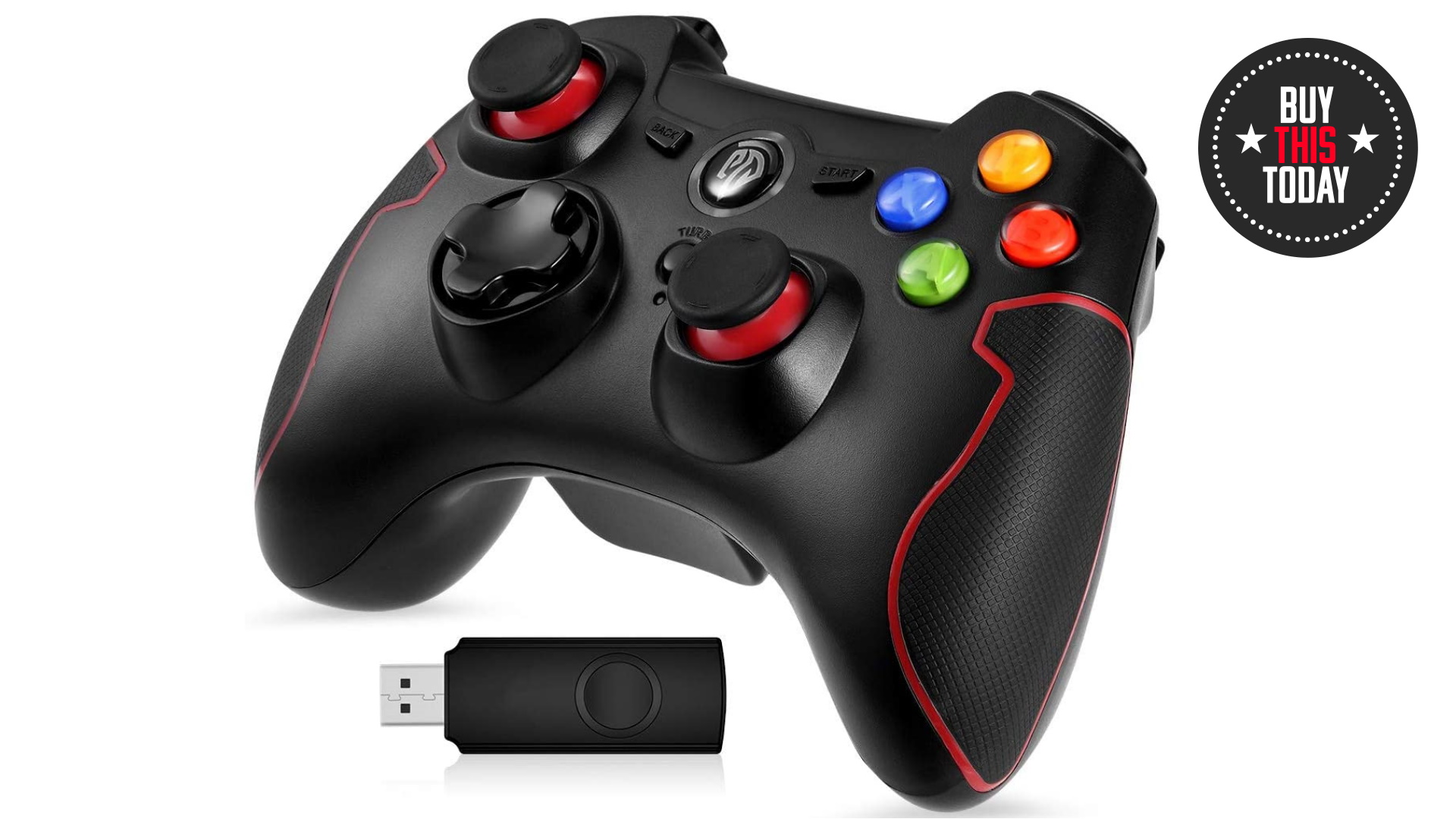 The EasySMX Wireless controller comes in different colours, or as a two-pack. The cheapest version for those of you in the US is the green-black one, and for those in the UK it’s the black-red one.