We know why you're thinking about ray tracing. It's the same reason we are: Cyberpunk 2077. This upcoming game has got the whole gaming community excited, and Nvidia recently announced that it will ship with some new ray tracing effects. Considering CD Projekt Red's history, and the hype already surrounding the game, Cyberpunk 2077 is looking like it’ll be a new graphical flagship for gaming.

Of course, if you want to experience the game in all its ray traced glory, you’re going to need the hardware to support it. Sure, you can technically support ray tracing with an RTX 10-series graphics card, but without those RT cores that the 20-series has, it likely won't go so well. That's why even the entry level model of the RTX 20-series graphics cards, the Nvidia GeForce RTX 2060, is recommended. Its RT cores let you run ray traced games the way they were intended to be experienced.

Nvidia’s GeForce RTX 2060 is the entry level graphics card in the RTX 20-series range. But don’t let those words – “entry level” – put you off. This graphics card is more than capable of chomping its way through any modern game you put in front of it, especially at 1080p. In terms of raw gaming performance, it sits somewhere between a GTX 1070 and GTX 1080, more than enough even for gaming on a 144Hz monitor.

But the real selling point comes from its RT cores. These cores are dedicated to ray tracing, meaning you’ll get way better ray tracing performance out of a 2060 than any 10-series card (yes, even better than a GTX 1080 Ti). If you want ray tracing for a relatively low cost, the RTX 2060 is one of the best graphics cards you can buy.

You care about ray tracing. Perhaps you’re super excited for Cyberpunk 2077 and want to experience it in all its graphical glory without spending over $1,000 on an RTX 2080 Ti. Or maybe Cyberpunk doesn’t tickle your fancy, but you want a graphics card that has a cracking trifecta of benefits: it can run any modern game at a smooth frame rate, its RT cores make it future-proof as more and more games start to utilise ray tracing, and it’s relatively inexpensive for a current-gen high-end RTX graphics card. 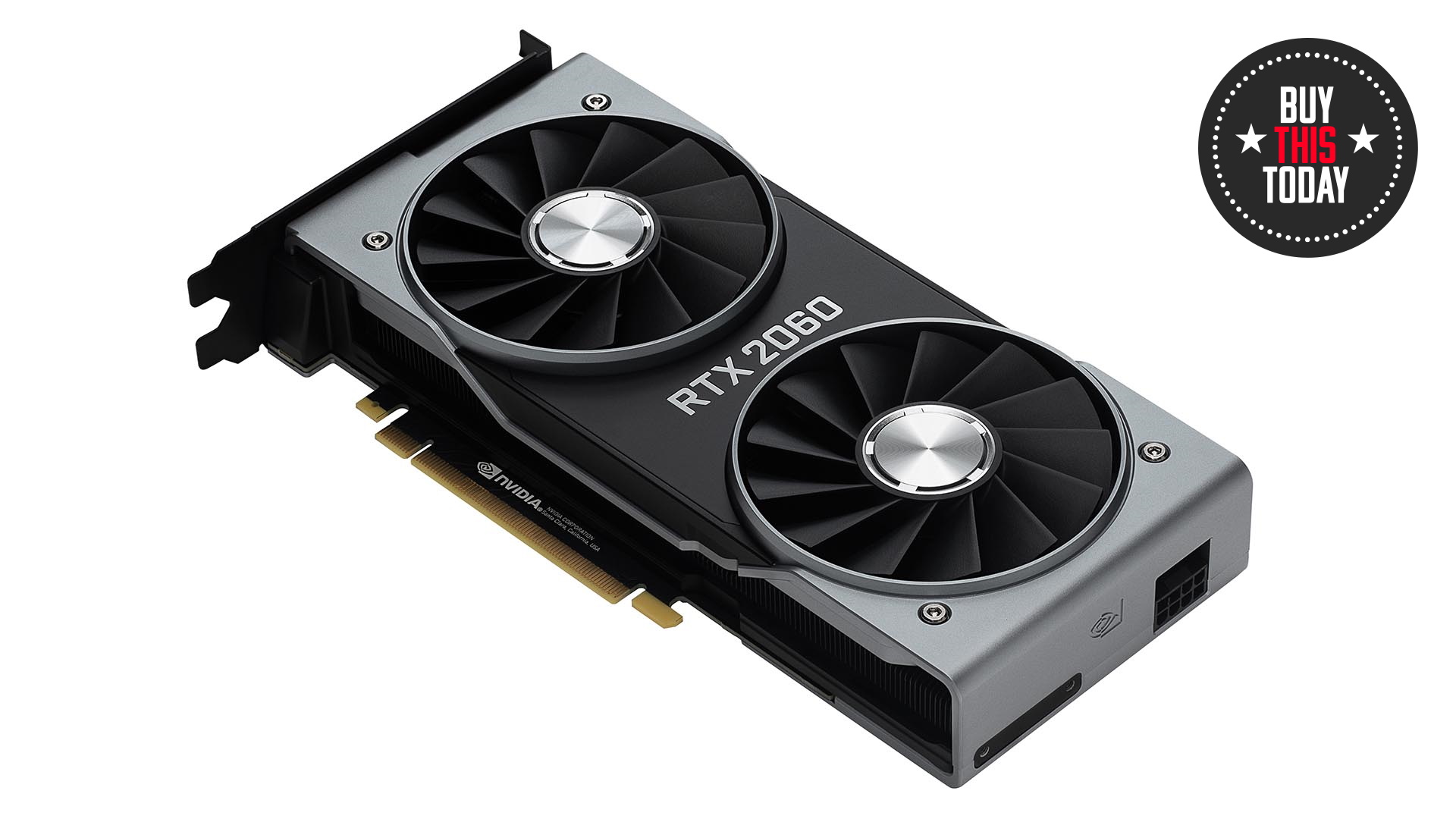 There are more options than can be counted on two hands, let alone one, when it comes to buying an Nvidia GeForce RTX 2060. The base 2060 GPU is shipped by Nvidia to different AIB (add-in board) manufacturers, who then overclock the GPU and package it with their own cooling systems and designs. For the most part, however, performance differences between AIB models are insignificant. The ones linked here are the cheapest high quality models I could find on Amazon.