Space. The Final Frontier. These are the voyages of the Starship PCGamesN. Our goal, to seek out new life and new civilisations… and then probably tax them so we can earn a ton of money and beat your rivals. Space Corps is a card-driven strategy board game where you must compete against up to three other players in a space race like no other. Explore the solar system and the galaxy beyond, exploit resources and push the boundaries of human understanding. Above all else – make money.

Today’s recommendation is brought to you by Strategy Gamer & Wargamer – two of our sister websites run by Joe (that’s me!) that between them cover just about everything from mainstream strategy to hardcore wargames, digital to table-top. Space Corps: 2035 – 2300 AD is published by GMT Games.

Space Corps puts you in charge of your own spacefaring corporation through three separate eras of a possible future where mankind explores the stars. Starting off with the inner planets, then the outer solar system and then finally the local galactic cluster, you must explore, expand, and exploit (there’s no exterminate, because space is dangerous enough as it is).

Despite coming in a meaty, heavy box, gameplay is simpler than it looks. Most games start you off with two pieces that represent exploration teams. You also have several counters that represent buildable structures, like mines or research stations, and your cards. Each card has one or two traits, with varying values. ‘Move’ or ‘Build’ are obvious ones, but there’s also ‘Explore’ and so on. The higher the value, the more potential it has. You can also find special ‘Infrastructure’ cards that also have a trait/value combo, but can be placed permanently to your corporation board so you (or your opponents) can use them at all times.

Other than that, the game is about making money, which also doubles as your victory points. You can build structures and find cool things that will generate dosh, but the main thing to do is aim for any of the seven achievements available in each era. Tick off an achievement and you get a decent amount of victory points. The person with the most victory points at the end wins, and you can choose to play only one, two, or all three boards.

While it has the veneer of a complicated game, it’s actually anything but – exploring the solar system, and playing through the three eras makes for a wonderfully imaginative game. Playing against multiple people is a challenging experience, forcing you to make full use of everything the game has to offer. At worst, you have to do some arithmetic when you get to the bigger plays.

There is a solitaire mode as well, and it plays well enough with two people – although you have to be ruthless when going for the objectives. If you’re looking to transition from mainstream board games to something with a little more weighty, this is the best place to start. Plus, space is cool. 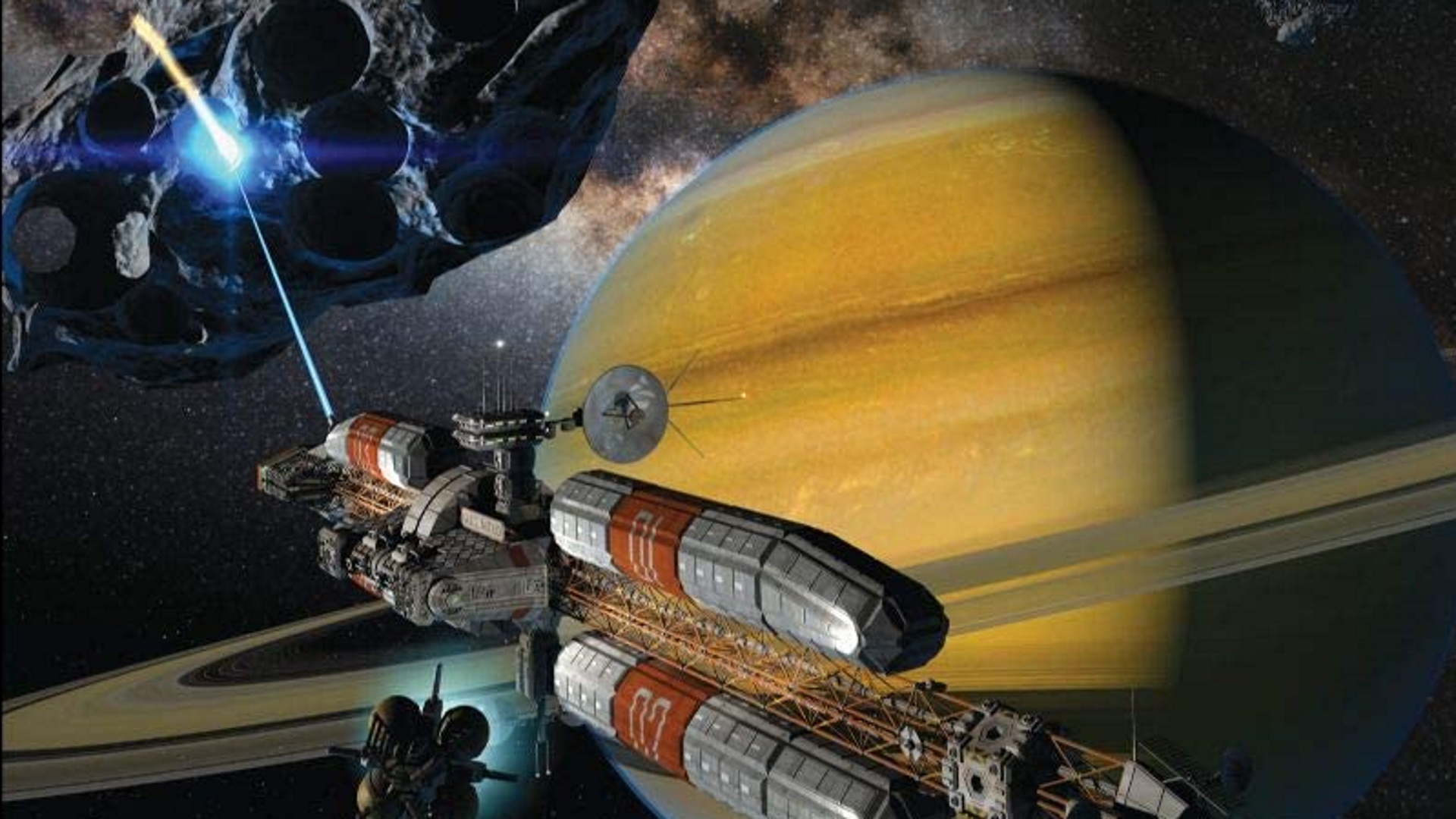 Space Corps: 2035 – 2300 isn’t cheap, but it’s available via Amazon or directly via GMT’s website. There are no expansions released for the game at the time of writing, so all you need to do is grab yourself a copy and launch your interstellar expedition to boldly make money where no one has made money before.