A long time ago, in a galaxy far far away there was X-Wing: The Miniatures Game. It had X-Wings and TIE Fighters and dogfighting… it was ok. But then along came Star Wars: Armada. Fleets? Star Destroyers? Super Star Destroyers? You all think you want to be Luke or Kylo, but search deep in your heart and you’ll realise that, really, you want to be Admirals Ackbar or Thrawn. Put away your flight stick and pick up your officer’s cap – you’ve got a fleet to build.

Today’s recommendation is brought to you by Strategy Gamer & Wargamer – two of our sister websites run by Joe (that’s me!) that between them cover just about everything from mainstream strategy to hardcore wargames, digital to table-top. Star Wars: Armada is published by Fantasy Flight Games.

Star Wars: Armada is a tabletop strategy game set in the Star Wars universe. It portrays fleet combat between groups of Rebel Alliance and Imperial ships. It’s a more objective-focused game as historically the Rebellion didn’t possess as many heavy ships as the Empire did, so they had to fight smarter.

In Armada’s case, playing the objective and getting the job done is a better play than simply trying to take out that Imperial Star Destroyer breathing down your neck. Think of it as the Rainbow Six Siege of tabletop games, except there’s only one of you. Fighter combat is also represented here, except you control entire wings and squadrons of X-Wings or TIE Fighters. There are also ‘hero’ fighter units as well, including Mr Skywalker. Each ship can be equipped with a range of upgrade cards that add famous commanders, to improved guns, or abilities.

As long as you have all the models you need, you decide on how big the battle is going to be in terms of how many points each side has to spend on ships, squadrons and upgrade cards. You also have a set of three objectives. There’s a surprising amount of strategy in just building your fleet and assembling your objective – whoever wins initiative wins it for the entire game, but the loser gets to pick what objective is played.

Network N COO Tim keeps going on about Star Wars: Legion and how great it is. He keeps showing us his painted Chewbacca miniature. He’s also about as wrong as a person can be without disappearing into a puff of logic – it’s all about the spaceships, mate. [I started a company so I can buy all the miniatures. Spaceships, Wookies, I’m pan plasticual – Tim]

Star Wars: Armada is about planning and forethought – the larger ships have to plot out their moves several turns in advance, and can’t change them unless they have a special ability. You’ve got to make sure both you and your enemy are where you want them to be, and you’ve got to balance playing the objective vs. going for the kill. Fantasy Flight has also experimented with long-form campaigns, where your fleets can take damage, earn medals and you fight out over a proper sector map, which makes everything ten times cooler.

Star Wars: Armada is a fully expandable game, giving many opportunities to continue your journey across the galaxy. 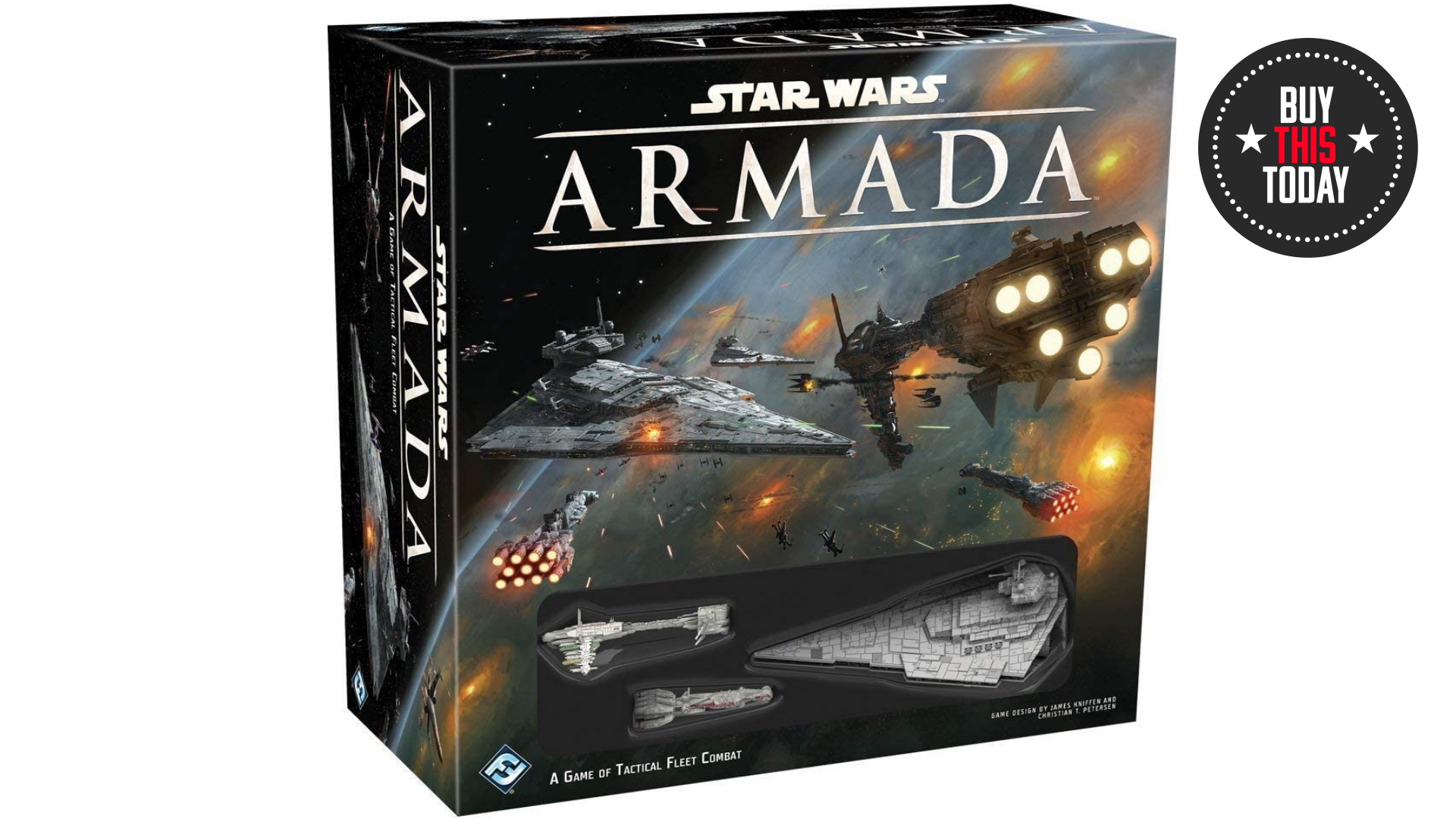 To start with, you’ll want the core set. It comes with one Imperial ship and two smaller rebel ships and fighters. It’s a great way of learning the core tenets of the game, especially in how asymmetrical the two sides can be. It’s available direct from Fantasy Flight Games and Amazon. 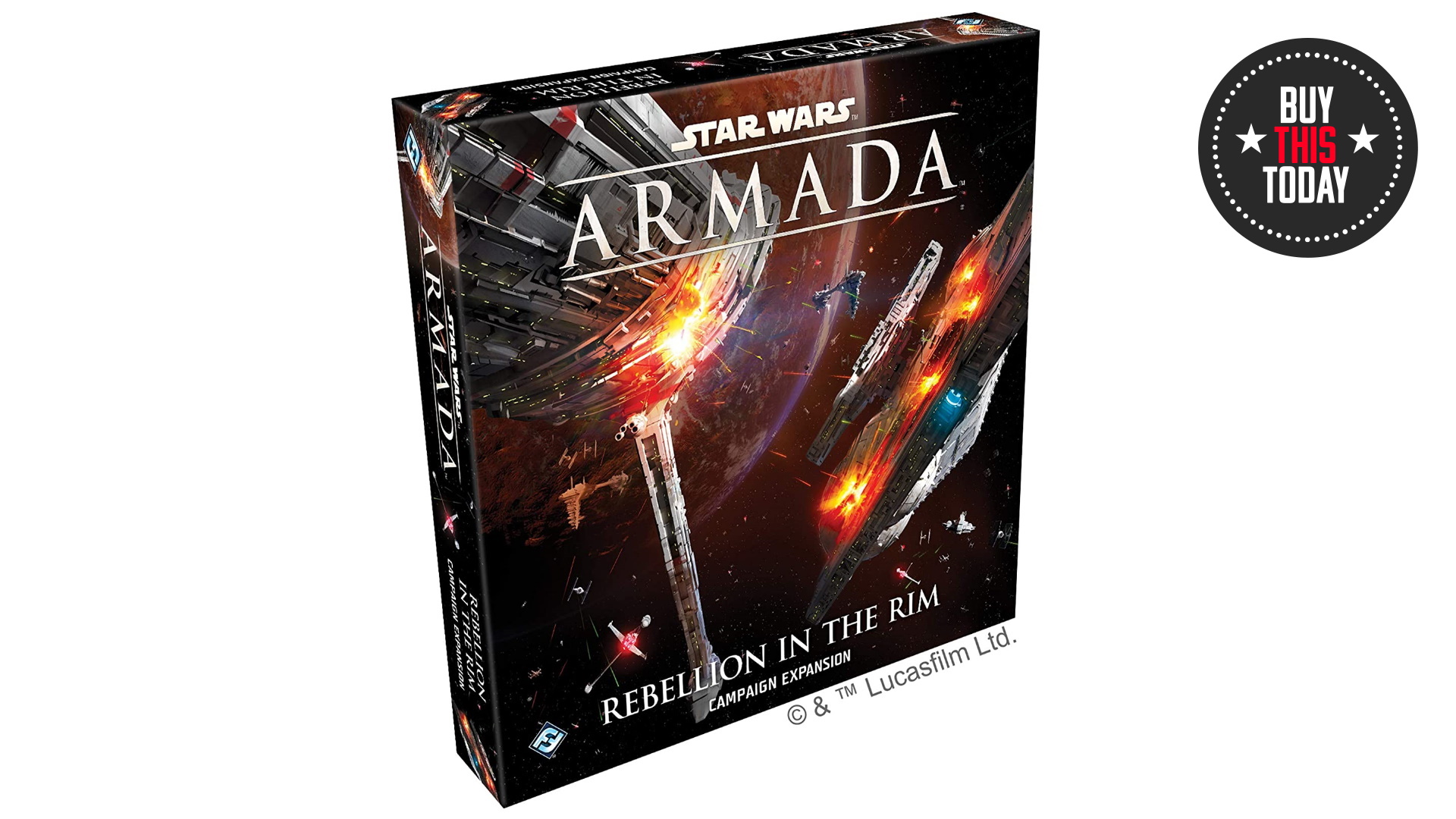 From there, the world’s your oyster. There are plenty of single ship and fighter expansions available. From smaller Hammerhead Corvettes, to the ridiculous Super Star Destroyer. Amazon has some of these in stock, but not all of them, so you’ll just have to have a browse and see what you fancy. One of the campaign expansions we mentioned above is well worth checking out – Rebellion in the Rim.