What is the most beautiful and precious thing in the world? Is it a baby’s first step? A winter sunrise? The laugh of a newborn fawn? The entire cast of Evita, smiling and waving to you from a sinking ship?

No, it’s computer graphics. The most important thing in the world — the thing we must all strive to attain at any cost and to the exclusion of all other things — is better graphics and more computing power inside of our PCs. To this end, I have just purchased the best gaming PC on the planet. It’s probably the same kind NASA uses to play The Witcher 3.

Not only can I run Grand Theft Auto V on max settings and at a solid 60fps, but I’ve started to look and feel fantastic. I’m way more handsome now. In fact, I’m just a better person all round now that I own a hot-as-balls gaming PC. Oh, what a feeling.

The specs (specifications) of my new computer are as follows:

Intel Core i7 4790K:This is the “brain” of the computer, responsible for all of the PC’s innermost thoughts and feelings. I had a choice between the 4790 and the 4790K, and went with the 4790K because it has a K on the end, which means it’s better and can process more complex emotions.

4GB nVidia GTX 970:This is the graphical card of the computer. All of the pictures come out of here and travel through a special pipe and into the monitor, where our eyes can then see them. How many colours can you name? Ten? Fifteen? Even the best colourists can only name around 25 colours. This card can do over seventy different colours, all at the same time.

16GB DDR3 RAM:This is the computer’s special memory, which it uses to store a copy of Dance Dance Revolution 3 that it can quickly access at any time.

ASUS Z97-P MOTHERBOARD:This is just a square piece of green plastic on which all of the other components sit to prevent them falling down in a big pile at the bottom of your case. It serves no other purpose. Think of it as the “floor” of your computer.

Yes, I think you’ll agree that this machine is the most powerful PC known to mankind. Anybody claiming to have a more powerful computer is jealous and probably making shit up.

I encountered a few problems when setting up my new computer. It was so large, intimidating and impossibly powerful that it wouldn’t actually fit through the door of my flat. 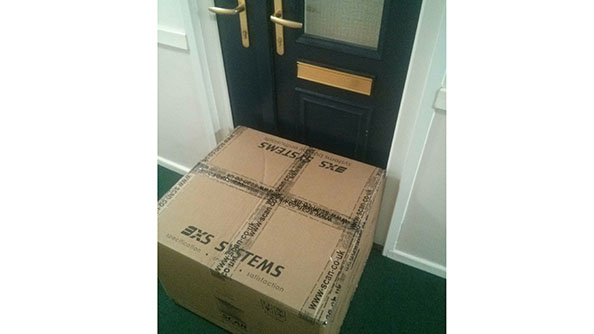 Why is the door of my flat split in two, creating one stupid tiny door that is five inches wide and another door that is uncomfortably narrow? I ask myself this question every time I walk through this dumb-ass door. It is a complete mystery to me. If you have any idea why my door is so bad, please leave a comment below.

Once I’d managed to get it inside, I set about removing the PC from its packaging, pulling never-ending ribbons of supersized bubble wrap out of the box like a warehouse magician. This is the second best feeling in the world. The best feeling in the world is stabbing the giant bubblewrap with a scissors. The big ones pop like gunshots, and each pop brought me immense joy. 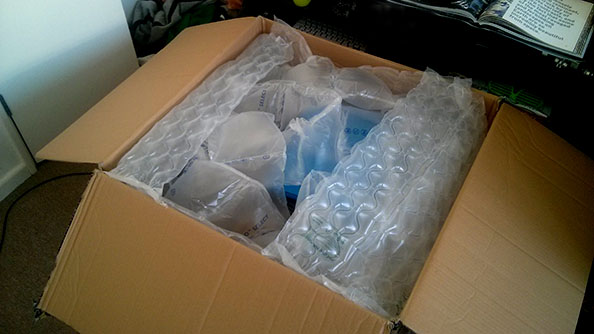 With the bubblewrap gone, it was time to open the case and gently remove the interior bubblewrap that the manufacturer has crammed inside to stop all of the computer chips flying around during transit. This made me feel like a dentist from the future, extracting cotton balls out of a robot’s mouth. Again, unbidden waves of ecstasy pulsed up and down my body as I did this.

I hadn’t even turned the thing on yet.

I was rock hard. 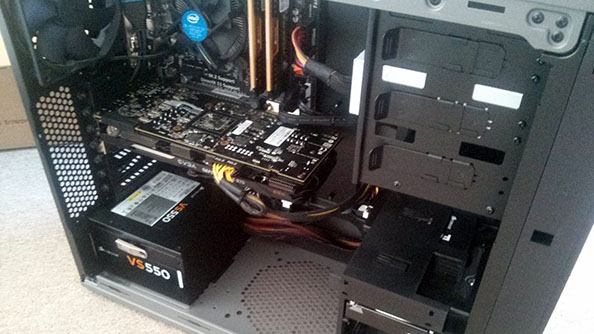 Before touching any of the components, I made sure to rub my socks on the carpet for thirty seconds to discharge any static energy I’d built up. This is PC Building 101: a single errant spark could turn your new PC sentient and, in the worst case scenario, its LEDs will slowly turn red and your computer will become evil.

The case comes with a window on the side so that you can look inside while the computer is on to see what difficult sums its currently doing. This window can also be used to check if your PC has attained consciousness and is plotting to destroy mankind. Keep an eye on it! 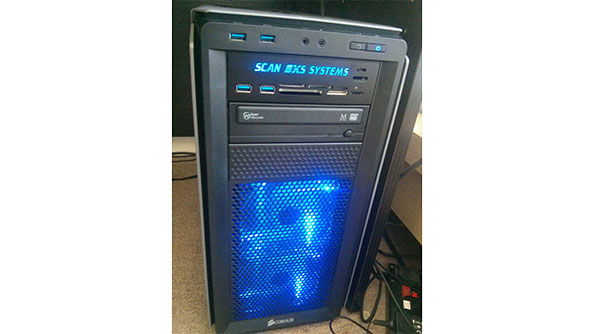 By placing your expensive new box of delicate electronics directly on to a carpet, as I have, you allow optimum airflow across the entire computer. The case fans have the welcome side-effect of “hoovering” up any dust that the carpet would otherwise collect, keeping the surrounding area free from dirt and debris.

Where does all that dust go? I really don’t know or care. Maybe it forms a protective layer around the graphics card? I’m not a scientist. 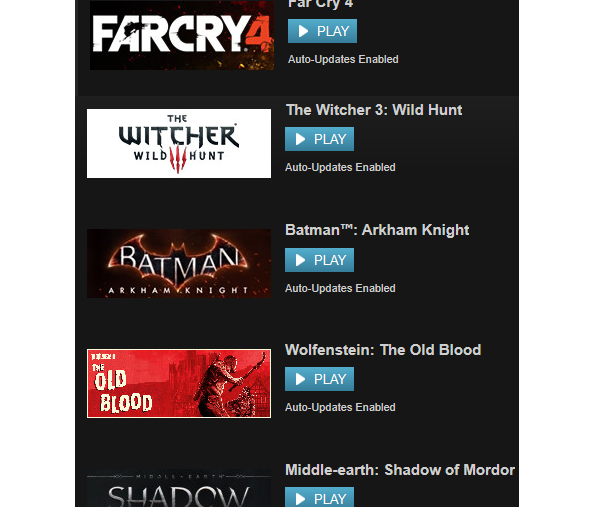 Now comes the time honoured ritual of re-downloading hundeds of gigabytes of games on Steam. The old favourites. The ones that embarrassed you in front of your family when you had to dial down the settings. The ones that humiliated and mocked you with their stuttering, insubordinate framerates. Now you’re the one in charge. You’re calling the shots. You’re the big cheese around town and there’s not a single game that cannot be rendered in full detail, with the utmost fidelity and at a billion frames per second.

You are a god now. More than a god. A supergod. Just look at this screenshot of Euro Truck Simulator 2. Look at the resolution in those mirrors. Look at Birmingham. 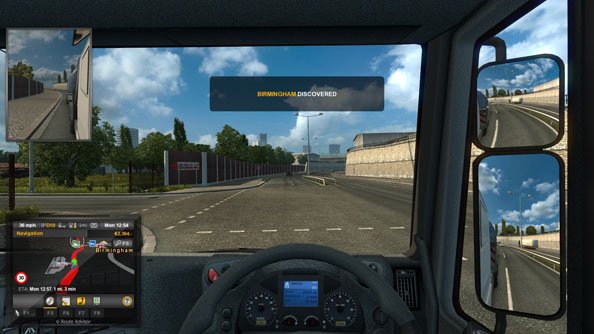 Having spent a few months’ rent to get here, you’ll remain at the bleeding edge of technology for anything up to six entire months. At which point you’ll fall behind the curve again, back into the mud with the console scum. There’ll be telephones with more processing power. Everything will be awful. Life will no longer be worth living.

But they’ll be a glorious few months of hard-earned superiority. And if like me you are a man with such a vacuum of personality as to draw confidence and pride from a box of wires and processors, you can hold your head high for every last second of those precious months.

Boo to old PCs. In fact, feel free to kick your ridiculous old PC to bits, as it is no longer of any use to anybody in the world. 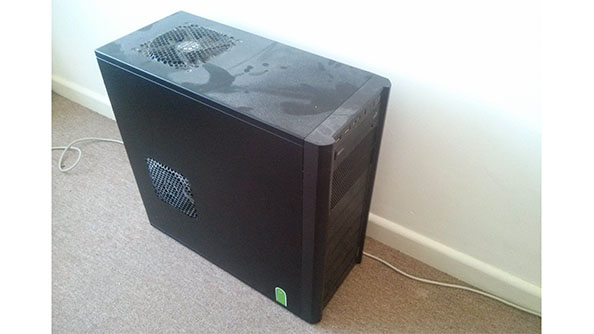 Get out of here you stupid, dusty asshole, nobody wants you.