In the pantheon of Command & Conquer games, Command & Conquer: Generals remains a strange – and fondly remembered – side-note in the legacy of one of the most iconic RTS games series. Ignoring the ‘camp Cold War’ aesthetic of Red Alert and the more mysterious alt-history vibes of the vanilla line, Generals had more in common with the contemporary real world of 2003 (including the concerns over Middle Eastern terrorist groups).

It’s a game that’s been resilient in its popularity, even after all these years, and as usual you can thank the mod community for that. There are many mods that bring Generals and its lone expansion, Zero Hour, alive in new and exciting ways.

C&C World War II is a mod for C&C Generals: Zero Hour which reskins the game to bring it into a WW2 setting, and is mainly focused on multiplayer. It’s described by the mod team as the “Russian” answer to a similar mod made by a German team called C&C Generals Blitzkrieg. You can play as the Allied Army (joint contingent of U.S. and UK), USSR, Germany, or Japan, and units are separated by ‘tiers’ that cover the year various hardware was brought into action.

It’s just been updated to Version 0.25, and this is a pretty sizeable update with a long changelog. If you want to see the mod in action as of the most recent update, there’s a video up on the mod’s official YouTube channel. Fair warning – it’s all in Russian. 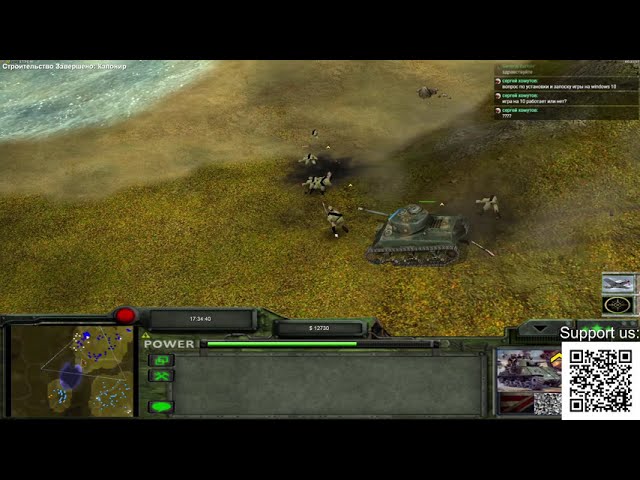 It’s worth noting that the 0.25 update also comes with a brand new installer and launcher. Due to various behind-the-scenes snafus the old launcher won’t work anymore and won’t update.