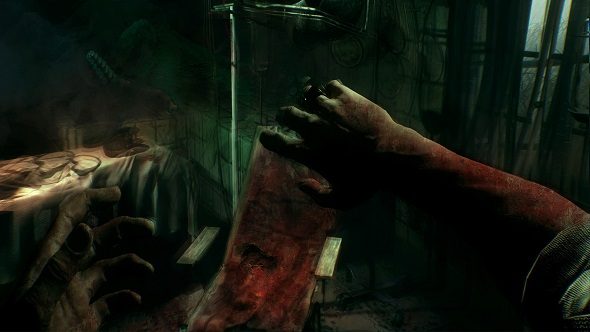 With news on the adaptation of Chaosium’s lauded tabletop RPG being fairly scant since this year’s E3, Focus Home Interactive and Cyanide Studios have broke the silence to reveal some screenshots from Call of Cthulhu.

If horror’s your thing, check out our list of the PC’s best horror titles.

The screens show off the haunting Darkwater Island, the location which detective Edward Pierce is sent to investigate the tragic death of one Sarah Hawkins and her close family. Upon arriving, the war veteran turned private eye discovers that Darkwater Island may not be the best place for a future holiday, as paranormal activity starts to corrupt Edward’s sanity.

Edward’s quest brings him closer to the titular Great Dreamer, taking his mind to its breaking point as he involves himself with powers beyond his ken. It’s all suitably Lovecraftian, with fog shrouded beaches, grimy research labs filled with octopuses in jars and hooded cultists worshipping giant obsidian monoliths.

The actual minute to minute exploring should be similar to the pen and paper game, with a large focus on stealth and RPG elements as you search for the Hawkins family, hidden in the fog. Cyanide seem to be doing the Lovecraft mythos right, with the focus being on avoiding the sight of the Great Ones and trying to keep hold of your sanity during your investigations. As soon as you can shoot or harm, let alone gaze upon a sanity shattering horror like Cthulhu, it ceases to be terrifying, which is a trap other games fall into when adapting Lovecraft.

All of the images can be found via this imgur album. You may be inspecting them for a fair while as Cyanide Studios and Focus Home Interactive have not announced a concrete release date for Call of Cthulhu, with it being scheduled to release some time in 2017.