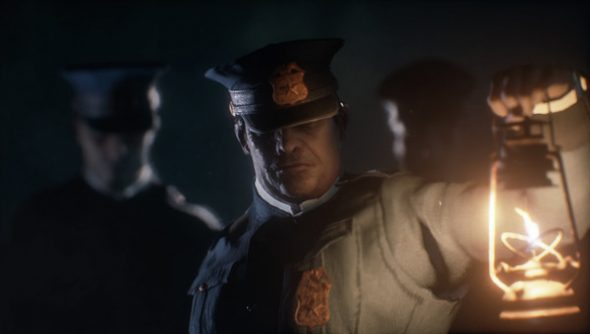 A release date for Call of Cthulhu, the lovecraftian RPG from Cyanide Studio, has bubbled up from the oceanic depths and appeared in its full gruesome form inside a recent update on Steam.

Now, if you were publisher Focus Interactive, when do you think would be the right time to release a game based on Lovecraft’s terrifying Cthulhu mythos? Go on, have a guess. If you said Halloween then you’ve done well. Yep, Call of Cthulhu is coming out the day before, on October 30th.

Why wait until October 30th for an adventure RPG? We have a whole list of some of the best RPGs you can pick up, right here.

In Call of Cthulhu you’ll be assuming the role of Edward Pierce – a private investigator in 1924. It’s inspired by Chaosium’s classic pen-and-paper RPG, and as such has investigating the tragic death of the Hawkins family in Darkwater Island – a world peppered with conspiracies, cultists, and cosmic horrors. Spooky.

System specs are yet to be revealed on Steam, though we do know that the game has been made in Unreal Engine 4. If it’s anything like Cyanide Studios’ previous game, Styx: Shards of Darkness, which makes use of the same engine, we can expect Cthulhu to perform well on a mid-tier computer with anything around a i5-2500 processor, or an AMD Radeon R7 260X/GTX 560 graphics card, at a minimum. Nothing too demanding.

Call of Cthulhu was originally set to release in 2017 but was eventually pushed back into 2018, before getting its official release date via Steam. Its E3 2018 trailer showed us plenty of surprises, and suggests the game will have an eerie atmosphere reminiscent of Vampyr, which launched earlier this June.