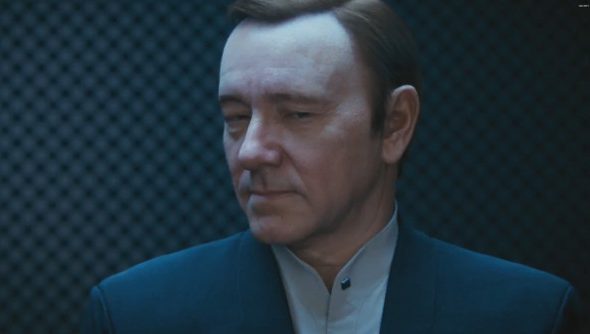 Everyone knows new games come out on Tuesday… except that’s the old way of doing things, for old, decadent societies. Something as advanced as Call of Duty: Advanced Warfare has moved beyond those ossified traditions, which is why the game comes out tonight.

Seriously, it unlocks in a few hours. Or now, if you’re in the UK. So get your gun, strap on your jetpack, and go serve your new master: Kevin Spacey.

Call of Duty: Advanced Warfare unlocks at 12:00 AM Eastern, according to Steam. But for those of you in the UK, your digital copy goes live at midnight UK. So you get the jump on the Americans, which hasn’t happened since The War of 1812.

Go on, try it. You can play right now!

So now you can get an entire night of Call of Duty in before you have to go to work or school. Then you can talk about it with all the other cool kids, just like when you went to the midnight releases of the Lord of the Rings movies and the new Star Wars trilogy.

“Is it awesome?” people will ask, their eyes imploring you for what their heart wants to hear.

“SO. AWESOME,” you’ll say, whether it’s true or not. Because otherwise, you’re just a schmuck who didn’t get any sleep because you’re a sucker for marketing that hits you right in your childish enthusiasm.

To be fair, this Call of Duty looks pretty cool. I say that every year, because I’m a sucker for marketing that hits me right in my childish enthusiasm. This time around, it’s augmented by two of my great loves: Amoral Kevin Spacey (vastly superior to Earnest “Pay It Forward” Kevin Spacey), and power-armor. It looks like Starship Troopers meets Blackhawk Down and that, ladies and gentlemen, is my jam.

NOTE: Originally, I wrote that it was a global unlock at 12 AM Eastern, but apparently it IS a rolling unlock across time zones. This release timing has changed a couple times, so I apologize for the confusion.