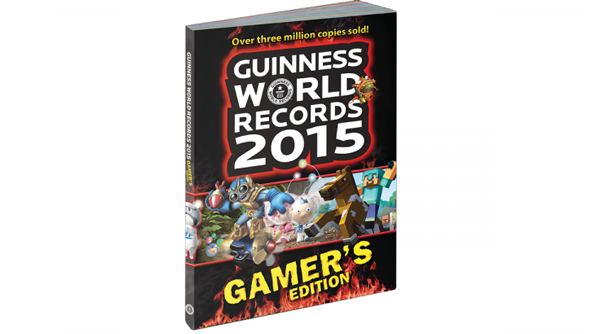 5,000 people from around the world were polled by the Guinness World Records Association to find out which was gaming’s best franchise. Their pick: Call of Duty.

Winner aside, their list is full of surprises. Half-Life is beaten out by Counter-Strike. The Sims doesn’t get a mention but Just Dance and WWE both appear. And, when you see where Angry birds tallies it’ll make you squark.

The record was created for The Guinness World Records 2015 Gamer’s Edition. Craig Glenday, Editor in-Chief at Guinness World Records told The Independent that “More than 5,000 fans of the book from 140 countries across the world took to an online poll to vote for their favourite games, and the top 50 record-breaking games were featured in the book”.

As with any list, you’ll probably find yourself arguing the presence of some games, the absence of others, and the order in which they placed. However, their order and inclusion was wholly determined by the number of votes they received.

There’s a lot of fodder here to start debates. For instance, League of Legends comes in 16th, whereas Dota places 33rd. Need for Speed beats Mario Kart by a nose, coming in 14th and 15th respectively. The Witcher is the better liked RPG series than Mass Effect. Far Cry is seen as the better shooter series than Half-Life.

It makes for strange reading: