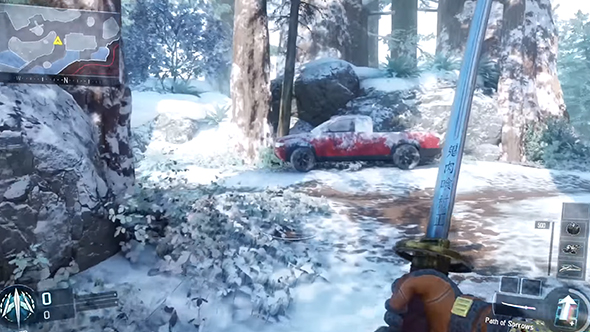 Treyarch are developing 2018’s Call of Duty title, and rumours point to that new game being Black Ops 4. But don’t think things are done for Black Ops 3 are done just yet, even if that game came out all the way back in 2015, as a significant update will soon add a free map and mode.

Here’s why the next Call of Duty is probably Black Ops 4.

Infected mode returns from previous Call of Duty titles. One player is randomly chosen at the start of a match as the first infected, and has to try to infect other players, who respawn as infected themselves. The winners of the match either have to infect everyone or just survive until time runs out.

The Redwood map is also getting updated with a new, snowier version for chillier battles. There don’t appear to be any significant changes to the map’s layout, however.

Popular community speculation suggests that this is the start of promotion for 2018’s Call of Duty, which is quite likely to be Black Ops 4. Players are scouring Redwood Snow for clues about the next game, but it doesn’t appear they’ve found anything substantial yet.

The update on PC seems to be a bit delayed from the console counterparts, but Treyarch’s director of development confirms on Twitter that it will hit the platform today.