Call of Duty: Black Ops 4’s new Blackout mode has pushed the battle royale genre forward in big ways. Mostly in the form of speed: Little Bird Helicopters let you cross the map in seconds, while wingsuits can be flown at breakneck speed to cover ground fast.

Sure, Blackout still operates a lot like PlayerUnknown’s Battlegrounds and Fortnite, but its quick pace gives the art of defeating 99 other players at once more tactical range.

This is perhaps why a number of army veterans turned streamers have flocked to Black Ops 4’s take on battle royale.These soldiers, marines, and sailors have found that the latest game from Treyarch is a great opportunity to put their military training to good use.

“I find it really hard to not play using any of the many tactics I was trained in,” Greg “TattooedJedi” Varin, streamer and former US Army airborne infantryman, tells me. “Everything from a 9-Bang in the window before breaching to keeping a steady stream of fire on a known enemy location to maintain fire superiority comes from that training.”

Luckily, you don’t have to be a veteran to take advantage of the same strategies that these military personnel use. If you’re looking to increase the number of Blackout wins you score then check out the following tips from the veterans themselves. 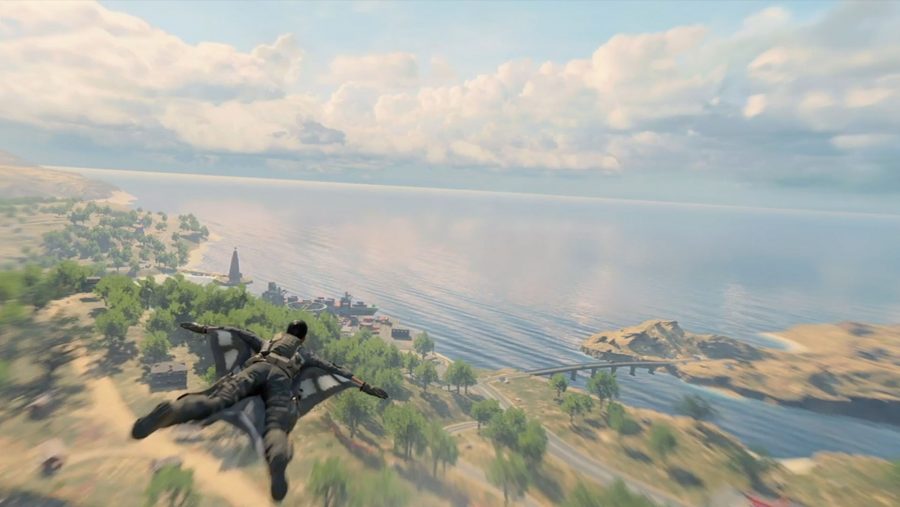 Skydiving onto the map is one of the hallmarks of battle royale. Picking where to drop and getting there as quickly as possible has become an art for top players. While some prefer to jump towards the edges of the map to avoid conflict, most of the army veterans I spoke to prefer to go straight for the action – it helps improve their skills on the trigger.

“Hot drops are a huge part of my training as a paratrooper. You’re trained to engage the first enemy near you before moving to the next target,” Varin says. “It’s all about taking care of the nearest threat and pulling 360-degree security while moving to the next. Looting doesn’t matter, it’s all about speed and violence of action.”

Both Varin and Ross “Bearded_Baiter” Williams, a veteran recon marine and streamer, likes to drop into hot zones as soon as the flight path allows it.

“When hot dropping I try to get a gun as fast as possible and push the enemy immediately so they don’t have much time to loot and get geared up,” Williams tells me. “That way they’re at their weakest and I can either take them out quickly or push them so they can’t loot.” 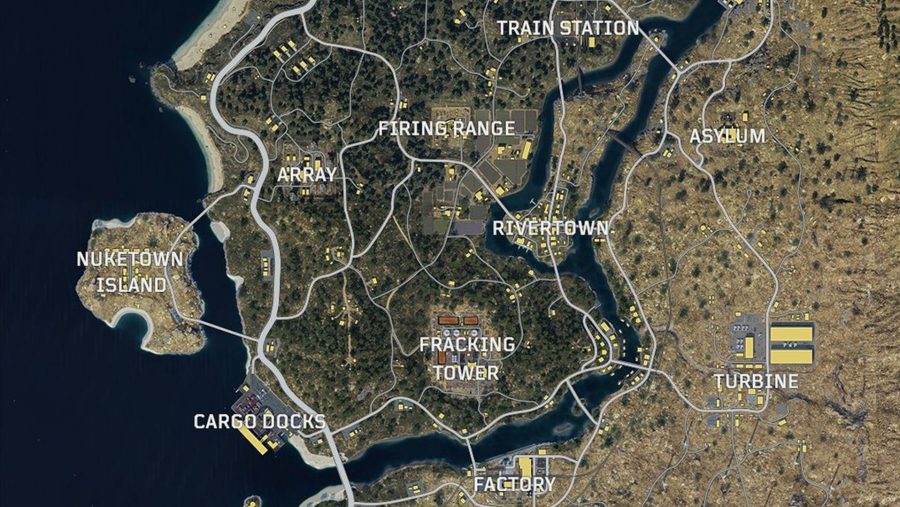 Coordinating with a squad can be tricky. You want to move in a formation that makes it difficult for enemy teams to see all four of you while being close enough together to provide support if one person gets caught in a firefight. This gets more complicated once you enter a crowded area.

“I will play aggressively, but before doing so I like to scout out the area and make sure there is a way to get out if needed,” Williams says. “It’s best to use bounding strategies, where you alternate firing and moving, or take multiple angles when trying to retreat.”

Like other competitive games, it’s vital to have a shot caller who can let the team know about enemy movements and help to coordinate a response. “Its preferable to have someone stay on the high ground with a long range weapon giving the rest of the team covering fire when needed,” Williams says. “Calling out targets accurately and consistently to keep everyone on the team in the loop on what’s going on and what each person is doing.”

The need for a spotter is even more apparent in Blackout since you don’t have the support or intelligence that recon units usually provide in combat zones. “Using some strategies is more difficult than others,” Williams says. “As not having intelligence on enemy positions and loadouts does provide a curve in favour of the enemy.” 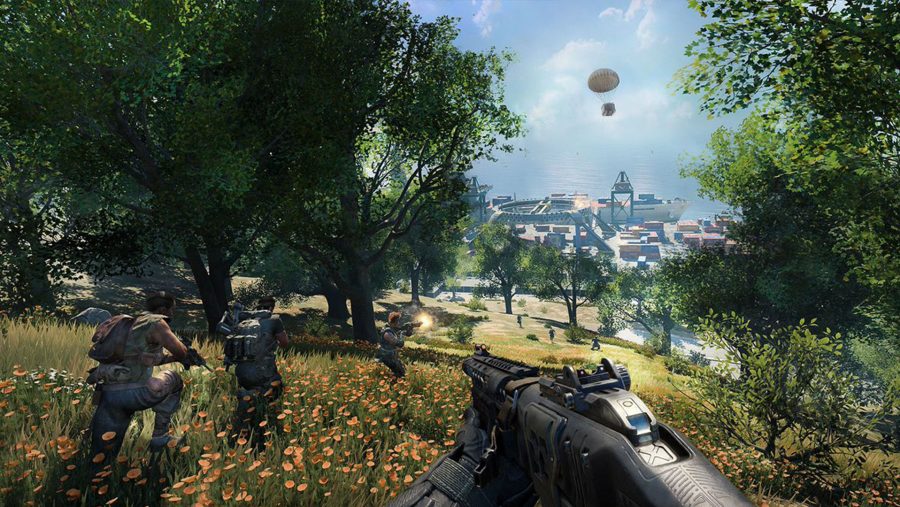 Learn to read the terrain

The map for Blackout is gigantic, made up of a number of locations that, individually, would normally be the size of a single Call of Duty map. While it’s possible to memorise the layout of each locale as you play more, it’s far easier to learn what to look out for when moving across the terrain.

“Being able to see that there’s X number of buildings, two hills, and a cliff will be much more useful than trying to remember because you cannot read the map,” Varin says. “The more you know about maps, the quicker you can see the defilade on the other side of the hill, which leads to more cover, giving you an advantage.”

“It also helps you see where other teams are more than likely hiding when that final circle is creeping up on you,” Varin adds.

Being able to quickly tell what the surrounding area looks like by reading the map is important for higher level play. It makes it easier to decide what path you want to take to the circle and helps you prepare for engagements before you know they’re happening.

“You can’t properly plan an attack without knowing the terrain,” Varin says. “Most people rely on memorising certain areas of a map to gain the advantage, but it won’t matter where you are if you know how to read a map and recognise different types of terrain.” 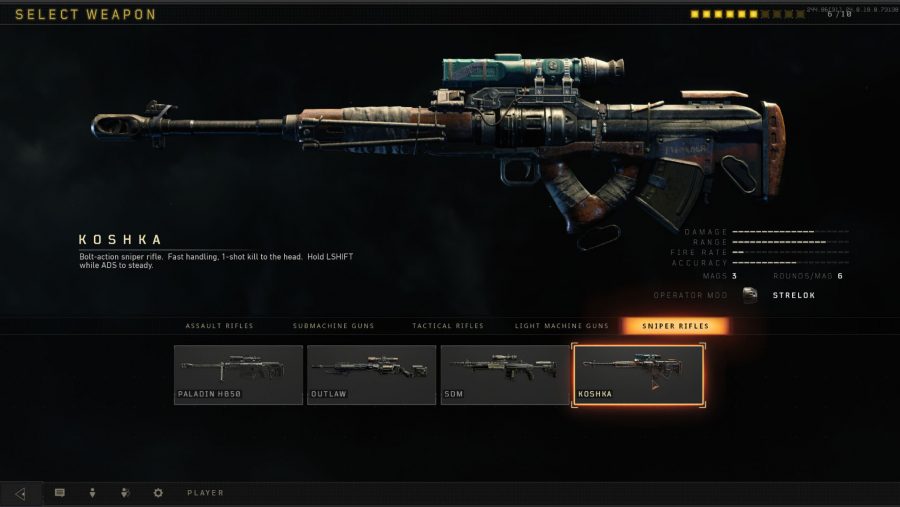 Blackout’s loot, like other games in the genre, is randomised. You won’t be able to choose your loadout, but there are specific types of weapons you should look out for before leaving your drop zone.

“Most encounters will start at a medium to long range distance so you’ll need a long range weapon to inflict as much damage as possible early in the fight,” Williams says. “Being able to switch from that to a medium to close range weapon for when you push up on the enemy is vital.”

The ICR7 and ABR223 are two rifles recommended by veterans, but feel free to stick with whichever medium range weapons that works for you. It helps if you’re familiar with all the Blackout weapons so check out our guide.

Shotguns, pistols, and some sub-machine guns are harder to use in Blackout, since most encounters will happen at a range where they aren’t very effective. You’ll still want to pick them up immediately if you’re in a hot zone, but you’ll want to find assault rifles and sniper rifles before you venture into other parts of the map. 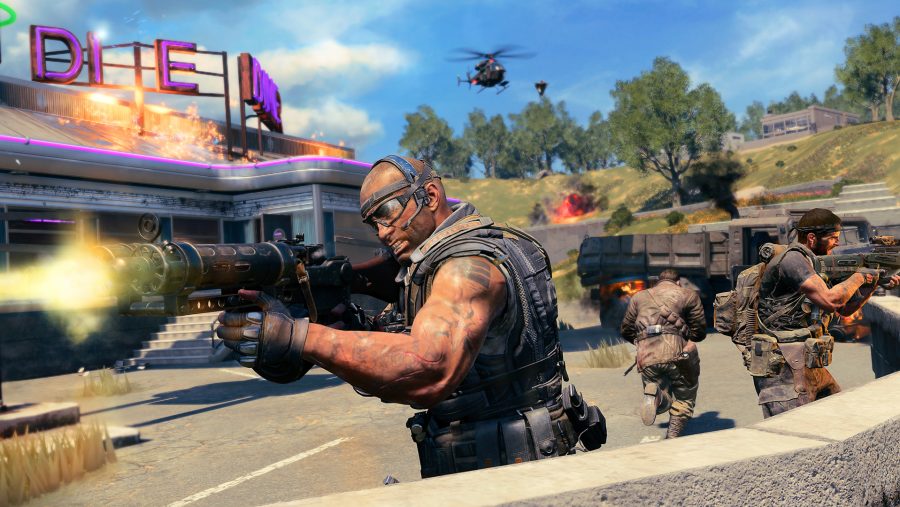 Only engage when necessary

After a long period of looting and walking across the map, getting into a firefight can be exciting. It’s that first moment of adrenaline that hits you hard and makes you remember why you play the game in the first place. As fun as those moments can be, it might be best to skip some of them if you want to win.

“Don’t shoot unless fired upon,” army veteran Mike “A_Force2ReknWith“ Jefferson tells me. “I only aggress if I have the advantage or if the other team engages me first.”

It’s a classic battle royale strategy to avoid the fight until absolutely necessary, but that’s not what these guys are doing. Most of them look for a fight, but won’t want to engage if they’re outgunned, out positioned, or outnumbered.

“Don’t be afraid to cut and run, regroup, and gather weapons that’ll give you the advantage,” Jefferson says. “Try to avoid going into areas that are already occupied if you’re able to. It’s better to flush them out since it’ll put things on an even ground.”