Footage of three new Call of Duty: Black Ops 4 maps are circulating ahead of the new operation’s worldwide launch. Operation Absolute Zero is set to begin later today on PS4, but players in some regions were accidentally granted access to the pre-release maps ahead of schedule.

Two new standard multiplayer maps come courtesy of Call of Duty YouTuber Red Hayden. The first map, Elevation, is set in a mountainous village in what looks looks to be the Himalayas. The splashes of colour and impressive views are reminiscent of Far Cry 4’s Kyrat. The other multiplayer map is Madagascar, set in a small village in the African island nation. You can check out the new maps here for Elevated, and here for Madagascar.

There’s also the first new Zombies map, Dead of the Night. Set in a stately home, it’s narrated by Game of Thrones actor Charles Dance. You can check out the footage of Dead of the Night in the video further down this article, courtesy of YouTuber The Gaming Revolution.

If you want to take a look at the footage, it might be a good idea to move fast, as fans are reporting that developer Treyarch Studios is issuing takedowns on the leaked footage. 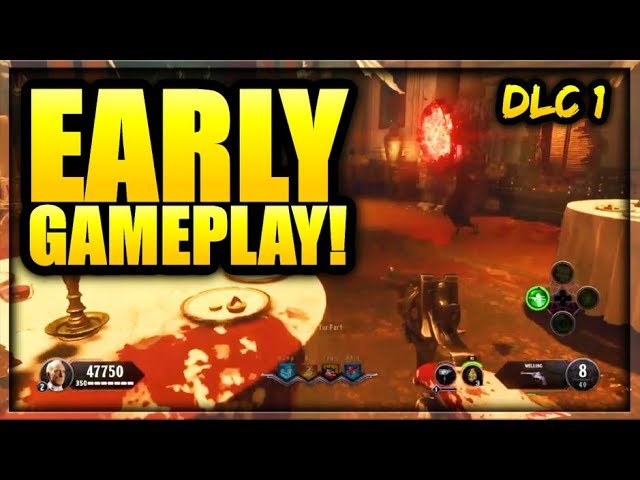 In a tweet issued last night, the developer said that “we’re aware that some gameplay footage featuring pre-release version of upcoming Black Ops Pass content has released in some regions a little earlier than planned.”

We’re aware that some gameplay footage featuring pre-release versions of upcoming Black Ops Pass content has released in some regions a little earlier than planned.

The real deal arrives tomorrow, along with a new trailer, so stay tuned and stay spoiler-free out there.

An official trailer, released today, shows off new specialist Zero, who heads into battle armed with an EMP grenade. Other changes introduced in the new Operation include a new Blackout weapon and a host of new cosmetics.