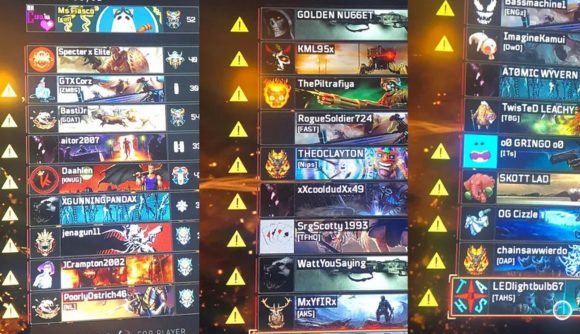 Earlier today, Black Ops 4 players noticed something unusual. Yellow exclamation markers were appearing on matchmaking screens which visually indicated which players had not bought the game’s season pass. Some folks took that to mean the developers were trying to pressure players into buying the new content. One Reddit thread – with nearly 100k upvotes – went so far as to call the icons “shaming markers.”

That thread has since been removed by mods as ‘false info’ – and by all indications, it is. But outcry over those markers and some other confusing bits have made the new map pack rollout a bit of a mess, and it’s made the game’s already controversial DLC rollout an even more contentious issue with players.

The markers have since been removed from the game. On Reddit, Treyarch says their appearance was a bug, as the “triangles are only meant to display in parties (not public lobbies) next to a party member’s name if they don’t have all maps installed, to let your party know why some maps aren’t appearing in rotation.”

Madagascar and Elevated are the two new maps, but they’re currently out of standard playlists. There are players speculating that this is because of poor season pass sales – there were a lot of yellow triangles out there, after all.

Treyarch’s explanation for this came much earlier on Twitter – the new maps are in a separate playlist “while we deploy an update to ensure full integration into map rotation for Black Ops Pass holders.”

The Black Ops 4 subreddit is currently covered in jokes about yellow exclamation points, but even if those early “shaming marker” criticisms were overblown, players still aren’t happy about the Black Ops pass. It’s expensive, it has to be bought all at once, and it’s tough to find a game with fellow DLC owners. Altogether that’s a pretty troublesome combination.