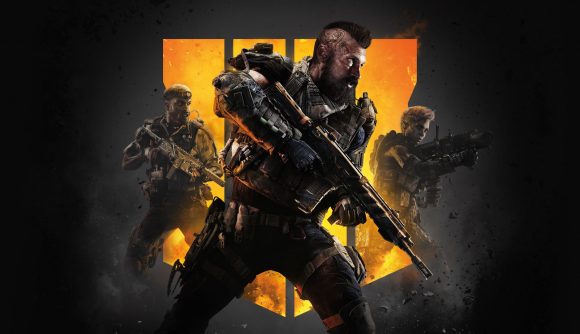 Call of Duty: Black Ops 4 is about to see the hefty Dark Divide update drop, bringing a new mode to the game’s battle royale, Blackout, that is all about tearing around in armoured vehicles – and that includes tanks. The new game mode, called Heavy Metal Heroes, will be a limited-time addition and see you take the wheels – and handlebars – of trucks, tanks, and more to take out your opposition.

Announced in a blog post by publisher Activision (via PCGamer), Heavy Metal Heroes is “torn from the pages of comic books” and will see you “catch some air” around and over the map’s ramps at the helm of tanks, motorbikes, ATVs, and ARAVs. According to the post, the tank allows two players to hop aboard as a driver and passenger “in the gunner position,” and it sounds like you’ll need to watch out for it, as – with a flare gun – it can call on an aircraft to drop one of the new armoured assault vehicles to your location.

Along with the tanks and vehicles, the new game mode will also bring thrust jumping, plus a new starting loadout including a weapon and body armour.

Also thanks to the update, Blackout will get a new map now that it’s post-apocalypse and the “rivers of blood have been washed away,” plus there are two other weapons to grab from the game’s Zombies world – the ‘Savage Impaler’ and ‘Winter’s Fury’ – on the way.

When will tanks head to Black Ops 4?

Activision says the update rolls out on the Playstation 4 first, starting yesterday, but that it’ll head to other platforms following this. If you’re keen to find out more, head over to their blog post for more info on what to expect when it hits PCs.