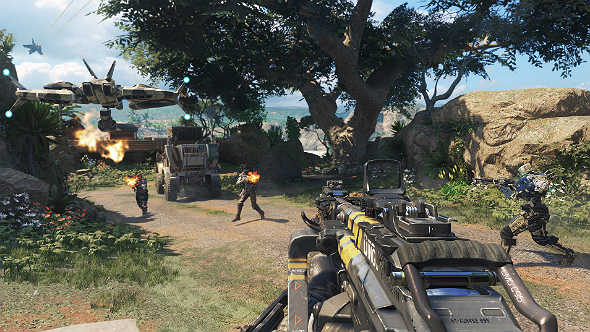 Betas for Call of Duty: Black Ops 4 will start up next month for the standard multiplayer mode. In September, players will be able to try out Call of Duty’s new spin on battle royale, in the beta for a mode Activision and Treyarch are calling Blackout.

PlayStation 4 owners will get an early crack at the multiplayer beta, with an exclusive beta running August 3-6. PC players who pre-order can start playing the ‘early access’ beta August 10th, starting at 10:00 PT. The PC open beta starts the next day, August 11, at 10:00 PT, and runs through August 13th, 10:00 PT.

If playing with others is your thing, have a look at our list of the best multiplayer games on PC.

Everyone who participates in the beta will be eligible for rewards once Call of Duty: Black Ops 4 comes out October 12th. There’s a unique beta test calling card, and for players who hit max rank in the beta, there’s one permanent unlock token that they’ll be able to use on any piece of Create-A-Class content.

The PC edition of Black Ops 4 will be available exclusively through Blizzard’s Battle.net – you’ll see an entry for it in the Activision section of the Battle.net launcher now.

Activision and Treyarch didn’t specify any additional details on the Blackout beta, other than the fact it’ll happening sometime in September. Our roundup of everything we know about Black Ops 4 has further details on what we can expect from this year’s Call of Duty.