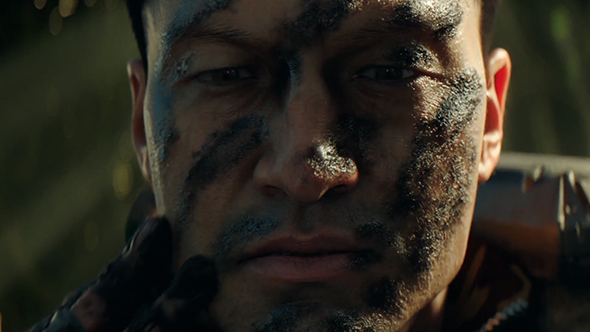 Update, May 21: Black Ops 4 will not launch with a single-player campaign, but Treyarch have hinted that they may release one post-launch as DLC.

As we previously reported (see original story and updates, below) Call of Duty: Black Ops 4 will not launch with a traditional single-player campaign, and according co-studio head Mark Gordon there was never even one in development.

However, Yale Miller, Senior Producer at Treyarch, says they may consider adding a campaign to Black Ops 4 post-release.

Here’s everything we know about Call of Duty: Black Ops 4.

“[The campaign] is only missing at this moment in time,” Miller told Daily Star Online. “I really think with every game we make, we finish that title and then we ask ‘what is it fans are gonna love the most?’ If that’s another traditional campaign, then we’ll make another traditional campaign. But right now, for what our goals were for Black Ops 4, it was just [multiplayer, Zombies and Blackout] that we were focused on.”

While Miller may be referring to their next Call of Duty game, “at this moment in time” does seem to hint that they may be planning story content as post-launch DLC.

As for what Infinity Ward or Sledgehammer are planning for their next game, he says, “they’re doing their own thing – and I have no idea what they’re doing!” However, he does say they couldn’t have made Blackout, their battle royale mode, “because that’s just quintessentially Black Ops, you know?”

Update,May 18:We spoke with the developers of Call of Duty: Black Ops 4, and we were told that the single-player campaign was never cut – the game “never had a traditional campaign.”

We talked with Mark Gordon, Treyarch’s Vice President of Development (and co-studio head), about the decision to drop the single-player campaign, and this is what he told us:

“We’ve actually never had a traditional campaign in the game and during the last two and a half years we’ve tried a ton of different things. We’ve been trying to figure out how to tell a narrative in a bunch of different ways. What you’ve been seeing, the game that’s out there and that you’ve played, is really the culmination of all of the different directions we’ve been in and every little lesson we’ve learnt.”

This contradicts the report from Polygon (see original story, below) prior to the game’s reveal, where sources apparently told them, “as release time for Black Ops 4 approached, it became clear that the planned single-player campaign wouldn’t be completed on time”.

Update, May 17:Activision and Treyarch have confirmed that Call of Duty: Black Ops 4 will not have a campaign.

Today, Activision and Treyarch showed off multiplayer, zombies, and battle royale modes for the upcoming Black Ops 4. Notable for its absence was single-player, and at the end of the presentation they confirmed that there will be “no traditional campaign.”

Instead, they hope to weave narrative into each of the other modes, to bring story in through the multiplayer. Zombies, at least, will offer bots for those looking to play solo.

Update, May 17:According to a report at TrueAchievements, most Call of Duty players do not finish the single-player campaign – which may suggest a reason behind the rumour that the series will drop the campaign for Call of Duty: Black Ops 4.

According to the report, less than 40% of Call of Duty players will reach the end of the story – and that’s being generous. The study tracked achievement stats in both PC and Xbox versions of each Call of Duty – not including the first PC-only game – and only Call of Duty 3 (which was not on PC) and Modern Warfare 3 achieved higher than 30% of players finishing the campaign.

The Black Ops seriesscored particularly low, with Black Ops 1 and 2 averaging around 25% of players finishing the story. Black Ops 3 received the lowest score, by a significant margin – just 4% of players, the lowest since Call of Duty 2 at 13%. If Activision does drop the single-player side from Black Ops 4, this fact could go a long way towards explaining why.

Call of Duty competitor Battlefield has also seen fewer and fewer players completing their campaigns, with just 18.68% of players finishing Battlefield 1’s. The Gears of War series averaged 36%, and the more story-focused Mass Effect games had the highest score at 50%.Call of Duty: Black Ops 4 will be revealed todayat10:00 PT / 13:00 ET / 18:00 BST, so we don’t have long to wait to discover if Activision really are dropping the single-player campaign – and possibly revealing a battle royale mode, too.

A short time ago, reports came out that Call of Duty: Black Ops 4 will not have a single-player campaign. Following up on that, word’s now circulating that Raven Software have been tapped to add a battle royale mode to help fill the content gap.

That news comes courtesy of COD site Charlie Intel. The report on the lack of single-player corroborates a tip they’d heard a few months ago, but their source also claimed a battle royale mode would be coming to the game.

Activision have publicly noted their interest in hopping on the battle royale train, and a similar mode was recently tested in the Chinese title Call of Duty: Online.

Original story, April 17, 20:48 BST:Activision and Treyarch may be discarding long-standing Call of Duty tradition with the upcoming Black Ops 4. According to a report fromPolygon, there will not be a traditional single-player story mode in the game.

Word comes from anonymous “sources with knowledge of the project’s status,” who say that as release time for Black Ops 4 approached, it became clear that the planned single-player campaign wouldn’t be completed on time. Treyarch are reportedly working on expanding both multiplayer and zombies modes, and it seems they’re looking at an emphasis on co-op modes as a stand-in for a traditional campaign.

It makes a weird sort of sense, as a few weeks ago we heard word that Modern Warfare 2 Remastered would be single-player only. If packaged as an incentive with Black Ops 4, it could serve as a single-player complement to the new game’s features, though that’s pure speculation at this point.

For their part, Activision responded to the report with the classic “We don’t comment on rumor and speculation,” and pointed toward their planned reveal event for the game on May 17.