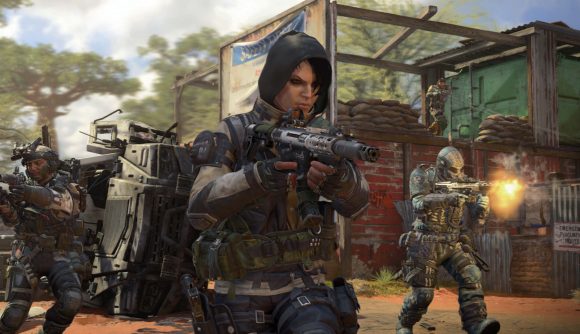 It looks like David Vonderhaar, design director at studio Treyarch, could be stepping away from its Call of Duty series. In a series of now-deleted tweets posted on his Twitter account over the night, Vonderhaar seems to indicate that his time with the series could be done, at least for the time being.

As spotted (and recorded) on ResetEra by user JigglesBunny, Vonderhaar appears to say in the tweets – most of which are now unavailable to view – that he has been asked to move away from Call of Duty on a day-to-day basis, though at times the messages are a little cryptic so their meanings aren’t certain.

One tweet, according to the ResetEra post, read, “I was asked by someone I respect to disconnect my day to day with the Call of Duty world I was apart of. I respect that. It makes sense. Before I go… Good luck to all the Call of Duty World League Esports heroes.”

His other tweets reportedly read, “let’s be clear about something. @fwiz @hastr0 @OpTicH3CZ and many more. None of this exists with those pioneers beating up my inbox. Whatever story you heard is probably true but not the truth. Good shit, guys. Be proud right now. It’s a straight-up honour to you know all.”

Starve the ego; feed the soul.

Goodnight, and thanks for all the fish.

“We have come a long way. I can’t help myself in this exact second. I just don’t care what it cost anymore. We did a thing together. It sucked. It was awesome. Pat yourself on the back. Thank you. So much fun to be had.”

One tweet, which is still live at the time of writing, reads “starve the ego; feed the soul. Goodnight, and thanks for all the fish.”

It’s not clear from these posts who reportedly asked him to “disconnect” from the “Call of Duty world” he participates in, or whether it’s confirmed that he will be stepping away from the series or Treyarch. We’ve reached out to Activision for comment and will update this story with any new information.