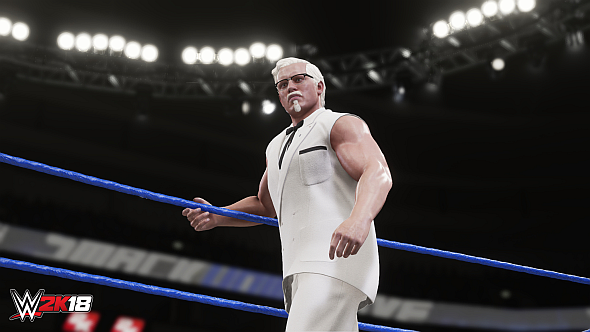 In perhaps the weirdest sentence I’ll write all day, KFC Gaming has taken aim at Faze Clan after the esports organisation’s players failed to qualify for the Call of Duty World League. Not content with poking fun at the organisation, the fried chicken restaurant’s confusing gaming division called out the players individually, before suggesting that they might find more success in a very different type of competition.

Despite winning their first Pro League qualifier, some of the best Black Ops 4 players in the world lost their next three games in a row. Faced with a gruelling second day, Faze Clan managed to win both of their games, keeping their competition hopes alive and heading to the qualifier’s double-elimination bracket.

Despite an early win, Faze eventually found themselves in the losers’ bracket, where they lost to Overtime Esport, crashing out of the Call of Duty World League before it had even begun. It’s here that KFC decided to get involved, tweeting at all of the players to suggest they find themselves another esports home.

To be precise, KFC gaming quote-tweeted Farming Simulator’s announcement about its own €250,000 ($284,000) esports tournament, which was announced earlier this week. To add further salt to the wounds, the account tagged each of the five CoD pros in person, suggesting that entering the Farming Simulator League might be “something to do instead of watching CWL.”

I’d like to take this opportunity to remind readers that this is the Twitter account of the gaming division of a fried chicken restaurant, that came screaming onto the scene last year with a trailer that created more questions than it answered. Since then, their only major announcement has been the KFC Royale, a UK-based CoD tournament offering a grand prize of £50,000 and a ‘black card’, entitling the holder to up to £200 ($261) of chicken every day.

Read more: Blackout’s next mode is snipers and knives only

I imagine that Faze Clan aren’t particularly fazed (sorry) by KFC’s input, and I doubt we’ll see them swap assault rifles for pitchforks any time soon, but the whole thing is still extremely strange.