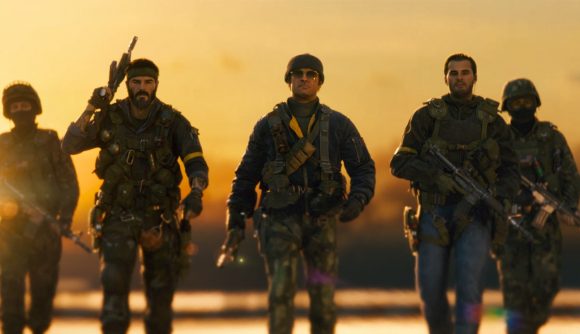 The Call of Duty Endowment, a non-profit that helps military veterans find post-service employment, is hosting the second annual CODE Bowl December 11. The Call of Duty tournament will feature eight teams made up of servicemembers from the US and UK militaries paired with top Call of Duty streamers and influencers.

Teams from across both nations’ uniformed services will be participating in the CODE Bowl. On the US side, three branches are appearing for the first time: the Marine Corps, the Air Force, and the recently established Space Force. The UK side will feature teams drawn from the British Army, Royal Air Force, and Royal Navy.

Each of the eight teams competing in Call of Duty: Black Ops – Cold War will have a popular Call of Duty streamer serving as captain, another streamer or influencer, and several servicemembers from one particular armed forces branch. They’ll be facing off in the popular multiplayer game following some coaching from a member of the Call of Duty League. The action begins at 18:00 GMT on December 11, and will be broadcast on the Call of Duty YouTube and Twitch channels.

Participating streamers include Courage, LEGIQN, Huskerrs, Swagg, TeeP, Espresso, Vikkstar, Tommey, C9Emz, Spratt, and others who will be announced in the coming days.

The Call of Duty Endowment was founded by Activision CEO Bobby Kotick, and to date has helped find jobs for more than 77,000 military veterans.