Activision’s blockbuster military franchise wears many hats – er, or helmets? – these days, but it has three core pillars to keep players coming back for more: multiplayer, some more malleable form of co-op PvE mode, and its trademark single-player campaign.

Every main Call of Duty has shipped with a campaign with the sole exception of Black Ops 4, and they’ve become known for their globe-trotting conflicts, ensemble casts, and bombastic set pieces which rival some of Hollywood’s most explosive. This year’s effort in Black Ops Cold War is yet another illustration of how few other shooters can match the (roughly) six-hour hit of adrenaline and po-faced bravado that Call of Duty provides year in, year out.

Of course, maintaining this standard of over-the-top thrills has only become more challenging in the 17 years since the series debuted. This led the campaign segment’s new lead developer, Raven Software, to take stock of Call of Duty’s past, consider what makes for an exceptional first-person shooter experience for solo players, and carefully combine these factors while also thinking out of the box. You want to surprise as well as exhilarate players, after all.

Responsive gunplay forms the basis of every Call of Duty game, there’s no doubt, but outside of this, what’s the secret to creating a successful campaign? Black Ops Cold War’s senior creative director Dan Vondrak cites three critical pieces of the puzzle you must nail each time: “Mission variety, player involvement, and a compelling story.” 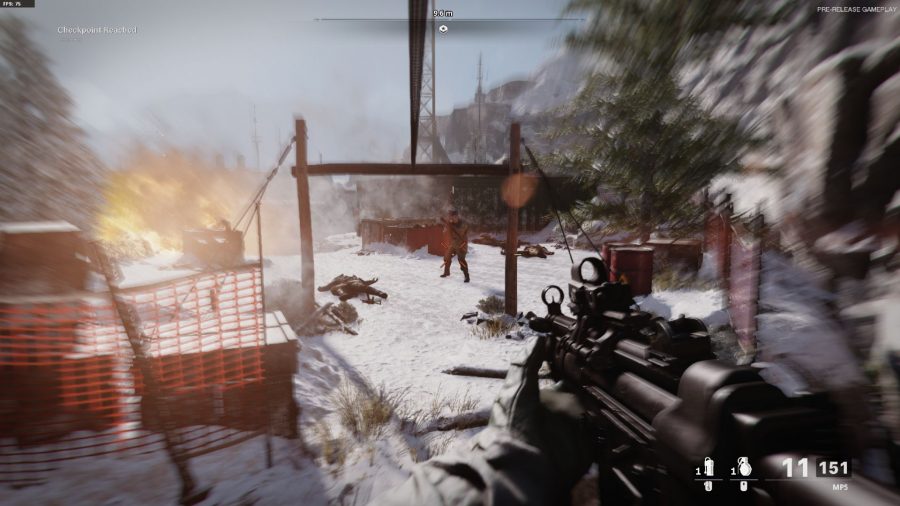 Speaking to the first point, Vondrak highlights how it can be hard to satisfy everyone’s tastes, but that missions are nearly everything when it comes to a Call of Duty campaign as they make up 95% of the playtime. “The more we can switch things up from mission to mission,” he says, “the more a player is willing to keep playing to see what’s next. What might be one person’s favourite mission could be considered average by someone else, so it’s important that we take risks, try some unique ideas, and create as large a variety as we can. That way, hopefully everyone finds their one mission they love.”

Once the expectation for first-person shooters, Call of Duty’s continuing devotion to discrete missions arranged in a relatively linear fashion is now a bit of a differentiator. Contemporary shooters like Metro Exodus and the upcoming Halo Infinite are opting to explore more open-ended level design, Doom Eternal hearkens back to its predecessor’s maze-like philosophy, and even Wolfenstein has embraced sneaking. Call of Duty is almost on rails by comparison, and that’s no bad thing – it enables each CoD mission to be a precisely paced and tuned rollercoaster ride of excitement. But that doesn’t mean there’s no space to engage the player – far from it.

“I think anything we can do to allow players a little more ownership over their experience is a great thing,” Vondrak continues. “One of the first things we think about for story ideas, mission ideas, or big bombastic moments is how can we involve the player?” This could mean letting the action play out from your enemy’s perspective à la Call of Duty 4’s opening, forcing you to crawl through piles of dead Russian soldiers in World at War, or having you choose your own path as we see in Call of Duty: Black Ops – Cold War’s Break on Through mission. 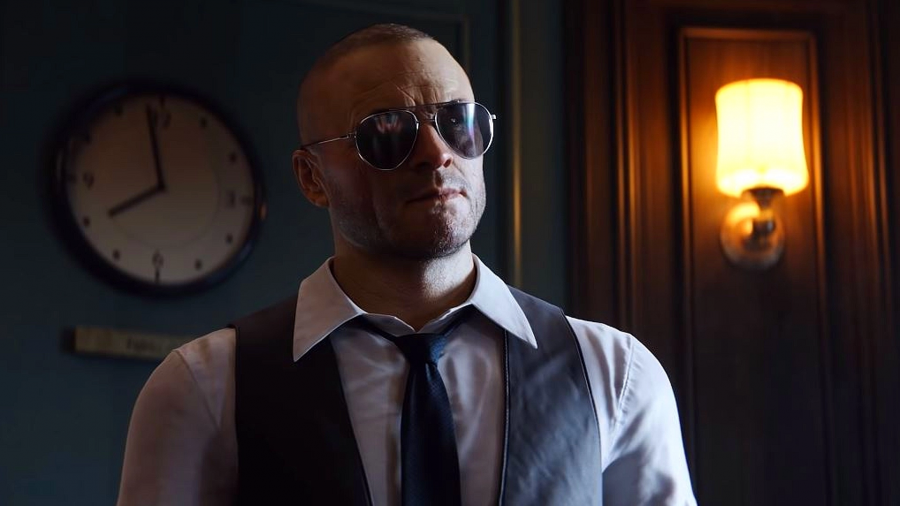 For Black Ops Cold War, Raven wanted to push the boundaries of player agency further than before. “This is where the idea to create your own character’s personnel file came from, or allowing the player to choose to talk to people at the safehouse or just fire up the next mission, and even choosing which mission to play next, or if they want to solve the evidence puzzle, or ignore it and go on the side mission anyway,” Vondrak says. “All of those require the player to be mentally involved in where the game goes next. On the production side, this means we need to make different content that all players won’t necessarily see, but the end result is worth it.”

Cold War’s Desperate Measures mission, in which you must investigate the KGB headquarters as an undercover double agent, is emblematic of how recent campaigns have adapted to include slower-paced, freeform missions – where putting a gun in your hand isn’t needed to build tension. “These moments also really fit the ‘Spy Thriller’ vibe we were going for,” Vondrak adds.

Raven Software also had a huge challenge to overcome in Cold War’s narrative. The last time we saw the Black Ops brand was back in 2018 with Black Ops 4, in which alleged development difficulties forced Treyarch to entirely forgo Call of Duty’s usual campaign element in favour of the battle royale mode Blackout, which would be a precursor to the wildly successful Warzone. Naturally, this left players wondering they’d ever see fan-favourite characters like Woods, Mason, and Hudson again. Turns out they needn’t have worried.

Cold War was always intended to serve as a direct sequel to 2010’s original game, giving the team at Raven a good excuse to revisit themes of the era like proxy warfare, covert espionage, and programmable sleeper agents. “Once we had those feelings down, we did make sure to fact-check everything to make sure we weren’t breaking any of the great Black Ops lore that’s been built,” Vondrak says. He then saw a great opportunity to expand on the world’s existing characters by sandwiching the plot between Black Ops 1 and 2, but introducing newcomers like Adler. “[It] was a lot of fun, because it meant we could give something new to longtime fans of the series – a bit more of a mystery to unfold through him.” 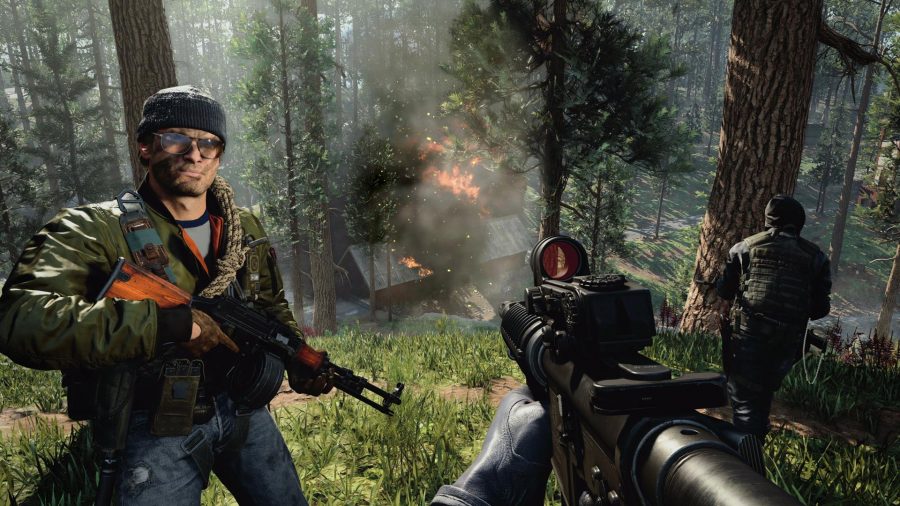 Creating an effective Call of Duty plot means making the big narrative pieces easy to digest, while still leaving room to pose questions that the fans will want to keep playing in order to see answered. Vondrak cites some unexpected inspiration: “I always thought classic Star Trek did a great job of that – starting each episode with an opening that grabs your attention, usually presenting some mysterious situation or some simple question you want answered, all this in the opening 60 seconds before the main title sequence even plays.”

Enjoying the battle royale? Check out the best Warzone guns

It’s clear that for Raven Software, it isn’t just about making events as cinematic as possible. It’s easy to liken each yearly romp to the formulaic military action movies of that genre’s ’80s heyday, but look a little closer and Call of Duty’s iterations on its form involve more, and more carefully considered, change than you’d think. With Black Ops Cold War, Call of Duty is engaging players by offering more choice than ever before, without losing focus on Vondrak’s other key ingredients of mission variety and a compelling story.