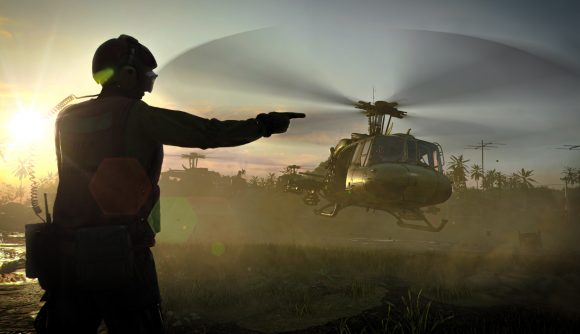 The Call of Duty: Black Ops – Cold War release date is right around the corner, and now we’ve the launch times for exactly when you can start playing. The FPS game is expected to have a simultaneous global launch on PC.

The latest Call of Duty from developer Treyarch will go live on November 12 at 21:00 PST, which is 00:00 EST / 05:00 GMT on November 13 elsewhere. This coincides with the console launches on PlayStation 4, PlayStation 5, Xbox Series S, and Xbox Series X (cheers, Charlie INTEL). It should be noted that Call of Duty: Black Ops – Cold War is only playable through Battle.net on PC.

Earlier this week, it looked like the war game would need a gargantuan 250GB of hard-drive space. Thankfully, Activision and Treyarch have since chopped that in half, meaning the maximum you’ll need for a fresh install is 125GB, and if you want to turn into a pure multiplayer game, you can just have the multiplayer portions for 35GB. You’ll be able to pick and choose what modes you want in your install, something Beenox, the studio handling the port, told us is “very important”.

The first season of Call of Duty: Black Ops – Cold War’s multiplayer will start on December 1, the same time as the changes to Warzone. This tracks with when the seasonal content began in Call of Duty: Modern Warfare.

We don’t know when you’ll be able to pre-load, but we’ll keep you informed. Take a gander at the rest of the Call of Duty: Black Ops – Cold War system requirements here, to make sure your machine’s ready.. We have guides on every confirmed weapon, six of the strongest classes, best M16 loadout, best XM4 loadout, and best Pellington 703 loadout for you to pore over before dropping in on launch day.

Can I run it? Check the Call of Duty Black Ops Cold War system requirements.