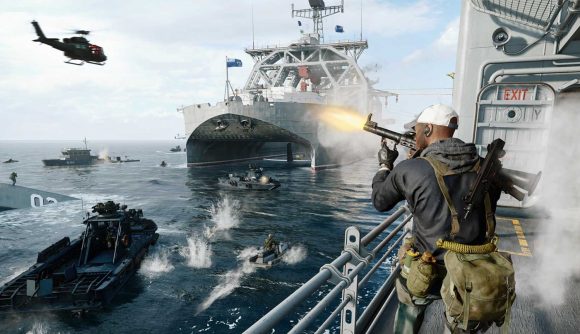 As it did with Modern Warfare last year, Activision is holding an open beta period prior to the launch of Call of Duty: Black Ops – Cold War. To be more accurate, it’s holding two open beta weekends this month, but PC players only need to worry about one of them.

Over on Activision’s official site, the Call of Duty team has broken down exactly when the beta periods are and who gets to play them. Thanks to an exclusivity deal with Sony, PlayStation owners will be getting the first crack at the Cold War beta, and players who pre-order the FPS game get in even earlier. That PlayStation 4 exclusive weekend starts October 8 and runs to October 12. We’re all PC players here, though, so pay that no mind.

The date you’ll want to mark in your calendar is October 15. That’s the start of the four-day cross-platform open beta, which includes PC, Xbox One, and PlayStation 4 players. Those who’ve preordered the game get to start fragging each other October 15, and everyone else – regardless of preorder status – can jump in October 17, which is Saturday. The open beta runs until October 19.

Activision and Treyarch don’t provide a huge number of details about what to expect – just as in previous betas, the Cold War beta will feature a “mix of maps, modes, and playlists,” including traditional 6v6 modes and the Fireteam: Dirty Bomb 40-player mode that’s new to Cold War.

You’ll be able to earn XP and level up weapons during the beta, and players who reach level 10 will receive a blueprint for the epic-tier ‘Mutual Animosity’ SMG, which they’ll be able to use when the Call of Duty: Black Ops – Cold War release date arrives. You’ll also be able to earn the usual unlocks and bonuses like Create-a-Class slots, Activision says.

Based on the ever-expanding size of Warzone and Modern Warfare, it seems likely that Cold War will be a hefty install. You can start pre-loading the game in the Battle.net client (found under the ‘Partner Games’ heading) before the open beta begins, on October 13.