Looking for details on the Call of Duty: Black Ops – Cold War PC beta? It’s that time again – the frenzied couple of months before the next Call of Duty release, where every minute detail is scrutinised and obsessed over. CoD o’clock as we call it at PCGamesN (we don’t). Up until now, we’ve been happily playing Warzone, but we’re always keeping our ear to the ground for news on Call of Duty: Black Ops – Cold War, especially when it comes to PC beta access.

Right now, we don’t know everything about the full release of the game – apart from the fact that it’s launching on November 13, 2020. However, we’ve got details about the PC beta of Black Ops Cold War, and we’re delighted to be sharing everything we know about it with you.

So if you’re raring to go get some unnecessarily flashy 360 no-scopes then here is everything we know about the Call of Duty: Black Ops – Cold War PC beta. If you’re too excited to wait, however, you should probably check out Modern Warfare’s free-to-play battle royale, Warzone.

WHEN DOES THE CALL OF DUTY: BLACK OPS – COLD WAR PC BETA START?

This beta period will last until October 19 and cross-play will be available throughout. So yes, you can absolutely style on some console players.

If you haven’t pre-purchased and want to get a feel for the game then you can grab a PC beta code through the Twitch Drops system.

You will also need to have linked your Twitch and Battle.net accounts for this to work.

You can also get access to the PC beta for Call of Duty: Black Ops – Cold War through pre-ordering the game. Here’s a link to the pre-order. If and when you do get access, make sure you have the latest drivers installed as we have run into a number of technical difficulties that were immediately remedied by updating our drivers. 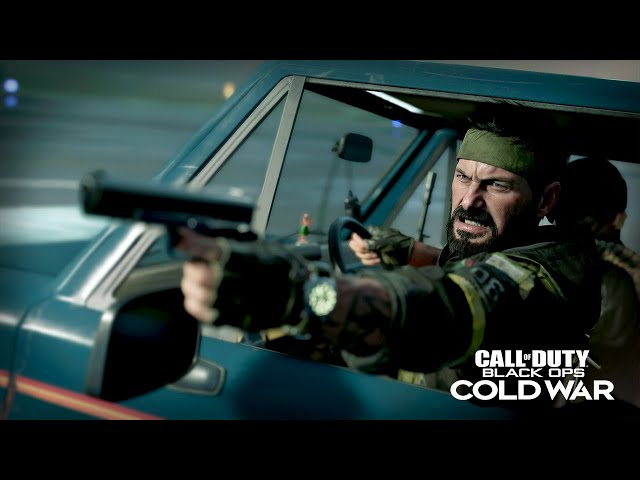 We haven’t got all that much information on the campaign of Call of Duty: Black Ops Cold War yet, but from a multiplayer reveal stream and some other promo we’ve uncovered some neat details.

First, let’s talk about the guns. Of course, we’ll get weaponry like the classic AK-47 or the MP5 but we’ll get some newer additions like the Diamatti pistol and Krig 6 assault rifle, too. We’ve got a list of the confirmed Call of Duty: Black Ops – Cold War Guns already going, and we’ll add to it as we see more.

How about the class system? Everyone loves to decide a build don’t they? In short, the create-a-class system will be an update for Modern Warfare players where you get a primary and secondary weapon with perks, lethal and tactical equipment and field upgrades.

Don’t forget Wildcards which can be added into mix too. We can’t wait to try it out and see what works best for us, but until then here’s our Call of Duty: Black Ops – Cold War class system explanation for your enjoyment.