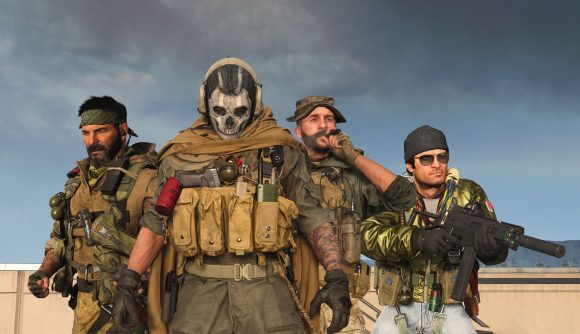 We’re less than two weeks away from the start of Call of Duty: Black Ops – Cold War Season 1, and developer Treyarch is divulging more and more information on what players can expect. One of the lead designers has revealed that more scorestreaks will be coming to the multiplayer game, in addition to all the other content.

In a tweet on Saturday, lead gameplay designer Tony Flame listed some of what’s coming in the update. “Cold War guns and attachments in Warzone? Oh yes. The best of both worlds come together in Season 1, with cross-game progression to boot,” He tweeted. “Expect new weapons, scorestreaks, maps (Raid!!!), game modes, blueprints, operators, and more.”

We already knew about Cold War guns coming to Warzone, and the rest is mostly covered in the official blog Flame’s quoted. The interesting part is scorestreaks, as pre-launch leaks contained a selection of them that haven’t been implemented in the FPS games as yet. Flamethrower, death machine, and strafe run are among the streaks that haven’t been patched in so far. This might be when they come in, or the next streaks could be entirely new.

Call of Duty: Warzone will have a new map, which is very likely the Rebirth map that was leaked only recently. Activision revealed some figures on Warzone’s playership this week, proclaiming the battle royale game has courted over 85 million players. Probably about time for a new island, really.