Although the content and gameplay will stay pretty much the same, Modern Warfare and Cold War will connect through Warzone, the first time two CoD games have bridged the gap. As the Call of Duty Cold War release date edges nearer, there’s been some activity in the current Verdansk Warzone map that hints a big change is coming, with many Cold War relics popping up across the map and easter egg hunts involving nuclear warheads and rusty old telephones.

The stadium has been at the centre of many Warzone updates and could be where a nuke explodes, making way for a rework of the current map and absorbing the Cold War maps coming in November. There have been rumours of an Alcatraz Blackout map dug up in Warzone game files. Although it’s not clear if this is the case, Cold War will be incorporated in some way and we do know we’ll be able to tote Cold War guns in Warzone, so here’s what we know about a potential Cold War Warzone release date.

Cold War was released in November, and the first official multiplayer season starts on December 16. It was recently delayed by almost a week, but was described by the devs as the “largest free content drop in Black Ops history”. Cold War Operators are currently available for use in Warzone, but Cold War weapons will be arriving in December.

Fear not, you’ll still have access to all your Modern Warfare gear and be able to switch between Cold War and Modern Warfare items in your loadout. The same goes for content unlocked in Cold War, carrying over these items seamlessly into Warzone. 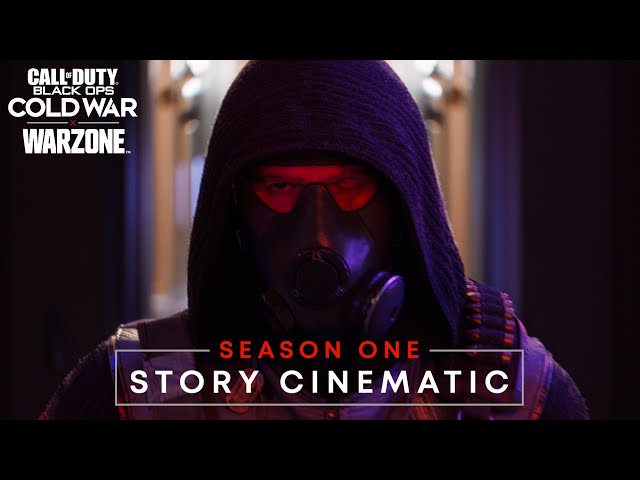 Following the completion of a new ARG, the new Warzone map is Rebirth Island and it was revealed in a cinematic trailer. No real clues were given in this trailer though as to anything but the name, but there is a bit of story involving Adler and an ex-KGB leader named Vikhor ‘Stitch’ Kuzmin, who led the Nova 6 bio-weapons program. We’ll bring you the latest as soon as we discover more about the island.

In the meantime, we’ve been busy digging into Call of Duty: Black Ops – Cold War, tinkering with various loadouts as well as the Cold War perks, and Cold War wildcards. For our thoughts on the latest Black Ops game, see our Call of Duty: Cold War review.