Typically on development of a Call of Duty game, the studio starts with focus on the leading console platforms, and then ports to PC later in the cycle. Black Ops 3 is different. “Black Ops 3 is being developed concurrently on PC and next-gen consoles from the very beginning,” says Treyarch’s PC platform lead Cesar Stastny. “We’ve got this dedicated team completely focussed on creating the best PC game in our studio’s history.”

So what does it take to make the best Call of Duty the PC has ever seen? Doing exactly what the community asks for, explains Stastny.

“We have some fans who all they want to get is dedicated servers,” says Stastny. “So we announced that every ranked multiplayer match you play will have a dedicated server, which is important to make sure you have a high quality host.”

For the very first time this year, Call of Duty is getting split-screen multiplayer on PC. “On every title I’ve had people asking for split-screen,” says Stastny. “We haven’t done it up to now because it’s basically running two game clients on one machine, so we’ve always been concerned about the requirements in order to do so in engines that we’re CPU bound.” But Treyarch have cracked it for Black Ops 3, thanks to a more scaleable engine.

“And what’s cool about it is you can split up-and-down or side-by-side, or across two monitors. You can do this in campaign, multiplayer, and zombies,” he adds. “I think people are going to have a lot of fun with it.” 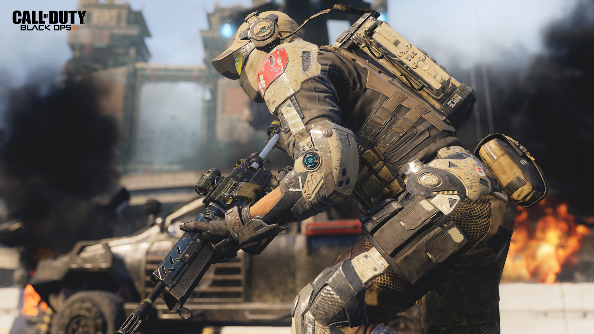 But when it comes to the PC, the thing that separates our beloved platform from the consoles is the sheer breadth of performance options. Treyarch are proud to say they’re on top of those twiddly sliders and menus for Black Ops 3. “We want to expose a lot of performance vs quality options so that you can ‘tweak the dials’ to fit your rig, and also to fit your gameplay style,” Stastny says. “We know a lot of PC gamers like to make the game look as beautiful as possible on their rig, but others like to turn down the quality and crank up the frame rate and we want them to be able to do that too.”

To keep an eye on your framerate, Black Ops 3 even comes with its own FPS counter. You can cap the frames-per-second the game puts out if you’d like, with a 200 frames-per-second cap in multiplayer. In the game’s other modes, that cap is thrown away entirely: you play at what your rig can handle. Also in the graphics menu is an adjuster for Field of View to make sure that angle is nice and wide. It’s an option still being forgotten by some big developers, but Treyarch know that the option is important to PC gamers.

Another thing that players have been demanding from COD is a strong set of anti-cheat systems, so Treyarch have made that a priority. “With Black Ops 3 we have a really significant upgrade to to our anti-cheat which is integrated with Valve. It’ll offer the best protection we’ve ever had in one of our games. We’ve also bolstered our security team, making sure cheaters get banned and that clean players are having a good game,” Stastny says.

Clearly a fan of fair play, this is something that Cesar himself is passionate about:. “The ‘cat and mouse’ game on a technical level is really fascinating, but it also keeps us super busy!” he says. “On the tech side I do think that hacking and taking things apart is really cool. It’s how we learn as technologists and it’s really cool, but unfortunately cheating can ruin the game and we can’t have that. You know, my purpose as a video game developer is to make games that people enjoy and to help people have fun playing them. So that’s why we take it really seriously.”

Treyarch don’t appear to be afraid of including even the most obscure PC elements in Black Ops 3. “I have one guy who won’t stop asking for the lag-o-meter – which we didn’t have in Black Ops 2, and he feels it’s missing. At least once a month he asks and so I’m gonna give him his lag-o-meter. I don’t think I’ve told anyone yet, so you heard it here first!” 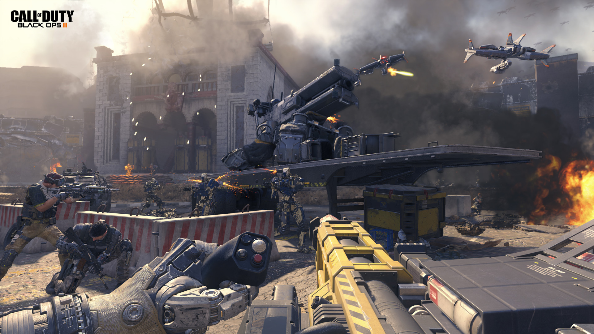 Treyarch released the minimum specifications for Black Ops 3 during Gamescom, which is unusual in that typically they come combined with recommended specifications, and generally are not released until the weeks just before the game’s release. Stastny explains it’s all to do with granting confidence to the fans. “I want them to know how much effort we’re putting into the PC version of Black Ops 3. I want them to have confidence that they’re going to have a great gaming experience with this,” he says. “I want people who want to play the game, but maybe don’t have the rig, to have plenty of time to get there.”

“I also wanted to give people the opportunity to participate in the beta, which is something you get when you preorder, and we wanted people to have the confidence to pre-order,” he adds.

As much as Treyarch are trying to cram into the PC version of Black Ops 3, there is one hot PC feature they’re keeping away from: virtual reality. Despite the consumer editions of headsets like Oculus Rift and Vive being due soon, Stastny doesn’t feel like the tech works for fast-paced shooters. “We don’t have any plans to have VR for Black Ops 3, and we’re still looking at how to solve some problems that are inherent with a game like this, where you’re running around a lot,” he explains. “I don’t think anyone’s solved that in VR quite well yet. I’m confident they will, and it’s going to be a whole new world, and I can’t wait to participate in it and see where it goes.”

Call of Duty: Black Ops 3 releases November 6th. Pre-orders will get you into the beta, which starts on August 26th.