The holidays are here with some of the greatest PC games ever created unleashed this season. But in order to get the most out of these gaming experiences, it might be time to upgrade your PC with a new GPU.

There actually has never been a better time to update your PC hardware to play this holiday season’s slate of great triple-A PC games, as NVIDIA is offering gamers a surprisingly affordable and insanely powerful range of new GPUs.

If you want to play these games at high settings and resolutions, it is recommended that you look into upgrading to an NVIDIA GeForce GTX 970, a GTX 980 for playing at 2K resolution or, the mac daddy if you’re playing PC games at 4K resolution, the GTX 980 Ti SLI.

Firstly though, let’s take a look at some of the best games you should be playing on PC this holiday season.

There are plenty of excellent PC experiences to choose from this holiday season from Activision’s flagship first-person shooter, Call of Duty: Black Ops 3, to two of Ubisoft’s most anticipated sequels: the Victorian London-set Assassin’s Creed Syndicate and the teamplay-focused tactical shooter Tom Clancy’s Rainbow Six Siege. 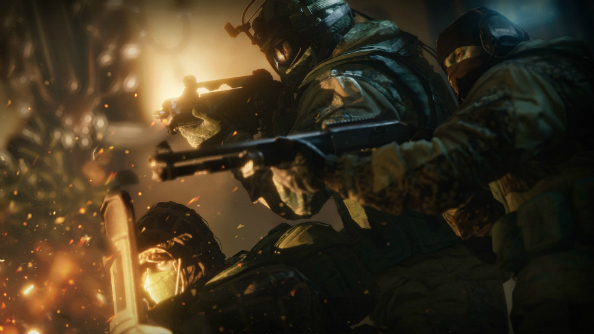 With all of these titles mentioned above, NVIDIA’s recommendation is for PC gamers to have a GTX 970 if running at 1K resolution or a GTX 980 if playing at 2K.

Alternatively, if you’re lucky enough to have a 4K display, then the one PC game that you really need to buy (alongside that new NVIDIA GTX 980 Ti SLI) to keep you happily gaming your way through the winter is Bethesda’s post-apocalyptic magnum opus, Fallout 4.

After all, you can stare at tech specs and hardware feature lists until your eyes glaze over, but you really need to play one of these incredible games at peak performance in 4K courtesy of an NVIDIA GTX 980 Ti SLI to truly understand where PC gaming is really at.