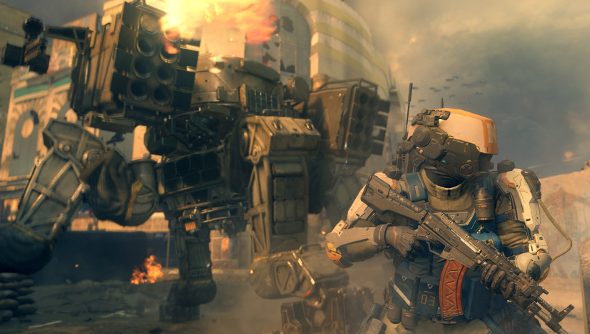 Over on the Black Ops 3 community page, Treyarch have reeled off a bunch of details about the PC version of their shooting-all-the-men game.

Specs, features, split-screen, dedicated servers, Steam trading cards and, perhaps the most important thing of all, the FOV sliders to which we PC gamers have become accustomed.

It really does read like a list of things that, in the past, Treyarch had been raked over the coals for not including in previous games in the series, back in the dark days of serverless multiplayer and locked fields of view.

“Treyarch’s PC team has been hard at work developing PC specific features and optimizations for Call of Duty: Black Ops 3 on PC,” writes.Treyarch’s John Rafacz. “We’re focused on delivering performance for the widest range of hardware possible, while being able to scale on high-end rigs.”

The studio have also released a projected minimun specification for Black Ops 3, which reads thusly.

Treyarch politely reserve the right to re-evaluate the recommended specs as development continues and they pile in more graphics and explosions.