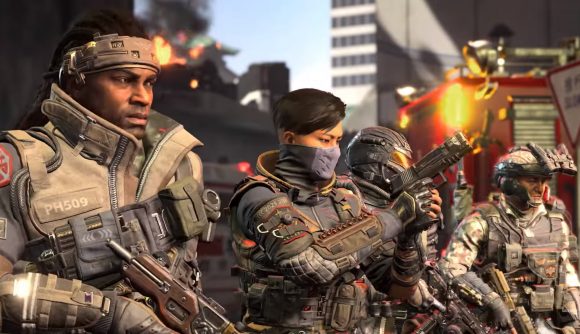 There are many ways the Call of Duty series has leaked over the years, from retail standees, to the South Korean ratings board, to the typical method of datamining. The latest is a new one on us – courtesy of Doritos, we now know the next instalment of the FPS games series is Call of Duty: Black Ops Cold War.

Revealed by Call of Duty fansite ModernWarzone, packs of Doritos are adorned with the next Call of Duty’s logo as part of a promotion for players to earn some extra XP. Previous leaks suggested the next CoD from developer Treyarch would be a reboot, set during the Cold War – a prolonged period of tension between the United States and Russia, stretching back to the 1940s, that involved a lot of espionage and proxy wars. The rivalry was one of the driving factors around the space race, fueling scientific innovation from the two superpowers.

Now we know this isn’t just the setting, it’s the full title – which confirms a report from Eurogamer back in May. The Black Ops series actually started in the Cold War with the first in 2010, before going full sci-fi in the future-set sequels, so this is familiar territory for Treyarch. The Doritos promotion offers US players an hour’s double XP per pack, and will start on October 5. This might be the release date, but generally Call of Duty games release a little later, in the first two weeks of November, so this is more likely when we can expect an open beta.

On the opposite side of the aisle, Infinity Ward recently put out a statement that cheaters in Call of Duty: Modern Warfare and Warzone will continue to be banned. The Warzone Season 5 release date is in less than two weeks, so hopefully there’s less risk of finding a hacker by the time it rolls out.