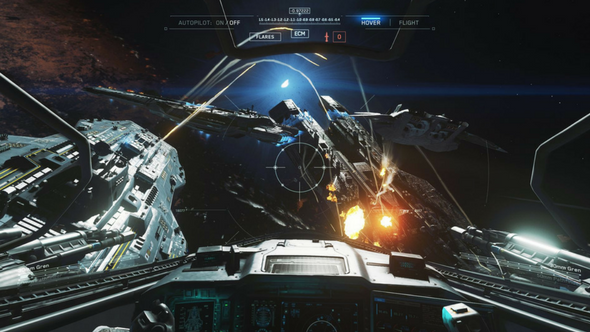 If it seems Call of Duty players are giving newer installments in the series the cold shoulder, it’s because they are. According to NPD rankings, a five-year-old game, Call of Duty Black Ops 2, ended up outselling Infinite Warfare this past April due to its newly-minted status as a backwards compatible Xbox One shooter.

For more shooting fun, check out our list of the best FPS games.

Hirshberg explained further: “Call of Duty is less of a persistent platform as it is a persistent ethos. It is a game that makes you feel a certain way, and has certain expectations around core mechanics, tone, and manner. I feel there are multiple presentations of that, and we have shown the ability to keep people engaged, sometimes for many years past the initial launch.”

So it’s likely we’ll continue to see new content coming for older entries in the Call of Duty universe as players flock to games released over the span of the last few years rather than mobbing the latest and greatest.