2016 is the first year where Call of Duty’s campaign has managed to outstrip the quality of its multiplayer. A tired, uninspired repeat viewing of the modes we’ve played for near enough a decade, online Infinite Warfare is incapable of beating Battlefield 1, Titanfall 2, or Overwatch.

But the campaign doesn’t beat the multiplayer on mere comparative terms. Infinite Warfare’s single-player is genuinely the best COD has been for a long, long time. The problem is, of course, that buying it requires you to purchase a package that also contains a duff multiplayer and a zombies mode that can receive little more praise than “s’alright”.

It’s about time that Activision reconsidered the way that Call of Duty is sold. For the vast majority of its life on PC, the series has appeared as two separate games per release in your Steam library. Even this year’s Modern Warfare Remastered appears twice; with one entry for campaign and another for multiplayer. If they’re optional installs, why can’t they be optional purchases?

By releasing with a sub-par multiplayer, Infinite Warfare will lose many of the traditional Call of Duty crowd. Commercially it’s the worst launch in the series on PC since Black Ops, with physical sales down 48% on last year. Combined with the people who have already lost faith in the series, that’s a huge number of people not buying Infinite Warfare.

Those people are missing out on a superbly entertaining campaign, though. While not hitting the heady heights of Titanfall 2’s inventive single-player, Infinite Warfare feels like genuine change for a series desperately battling with stagnation. While still depending on tight, forward-momentum shooting for a large proportion of its runtime, Infinite Warfare mixes things up with great side missions, an interesting structure, and even boasts a cast of characters that are almost worth caring about.

By opting for a proper futuristic conflict, Infinity Ward have been able to trade in their Black Hawk Down influences for some sci-fi ‘hell yeah!’ moments. Ships violently warp into battle, fighters hurtle through asteroid mazes, and lasers cause soldiers to erupt into red mist. It’s certainly a very Call of Duty approach to sci-fi, with a real fetish for hardware, but one that makes its industrial ships and chunky robots exceptionally tangible. It’s a hard sci-fi, akin to Battlestar Galactica or the Alien franchise, viewed through a contemporary US military lens. 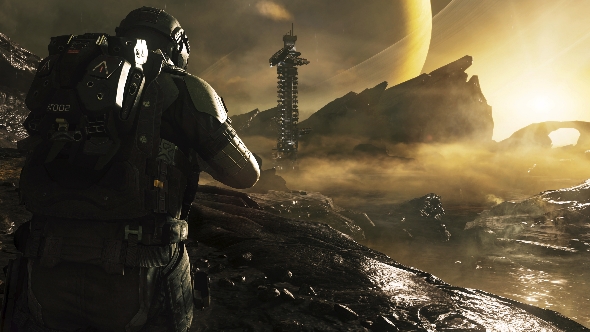 The game’s first few acts play out as expected, with various cataclysmic events happening as a bunch of anti-Earth humans decide to lay the smackdown on the good people of our green-blue planet. It treads that fine line between sincere and absurd, but the sci-fi setting makes this work. All the while, you’re accompanied by a humorous robot soldier called Ethan – the game clearly has a level of self-awareness.

You’re eventually given command of a huge capital ship, which is where Infinite Warfare really shows off its dedication to change. A Mass Effect-like galaxy map is littered with a small collection of missions; the main quest, dogfights, and assaults on capital ships. Doing the latter two side quest types awards you small upgrades to your equipment.

The assaults on capital ships are a personal favourite. While the structure of each missions is broadly similar, the details vary. You may approach the ship in your Jackal fighter, shooting enemy vessels out of the sky before chasing down the target, boarding it, setting its nuclear arsenal to detonate, and running away. Or perhaps it’ll be a stealth mission; approaching through an asteroid belt using a jetpack and grapple hook, before sneaking into the hangar and stealing experimental tech. 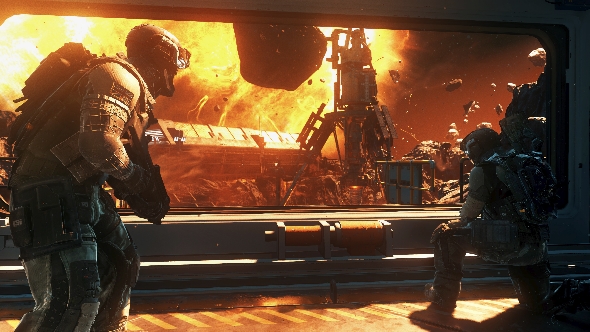 Being able to choose your mission in a Call of Duty game is a true novelty. It’s been done in various guises before – last year’s Black Ops 3 allowed you to play missions in any order – but this in-fiction system feels the most satisfying. While it’s hardly an RPG path-altering structure, the ability to dictate how you want to play is very welcome. You can choose what kind of gameplay you want to experience, alternating the feel with each fresh mission. And before you head out you can decide what weapons you take and modify them with your collected tidbits, dictating your shooting style for the upcoming action.

Returning to the ship between missions also allows a bit of downtime for the game to emphasise its world. Being able to wander around the bridge, hangar, and captain’s quarters really adds a sense of place, and thanks to use of cutscenes (with genuine top-notch motion capture work) this is the first COD game where I can remember the character’s names. It does help that the navigator is called Gator though, a clear nod to Battlestar’s Lt. Gaeta.

Another Battlestar Galactica homage comes in the form of the launch tunnels. Most missions begin with strapping into your Jackal, engaging the ignition, and blasting yourself out the side of your capital ship. For anyone with a deep love of SyFy’s best TV show, these segments never lose their impact. 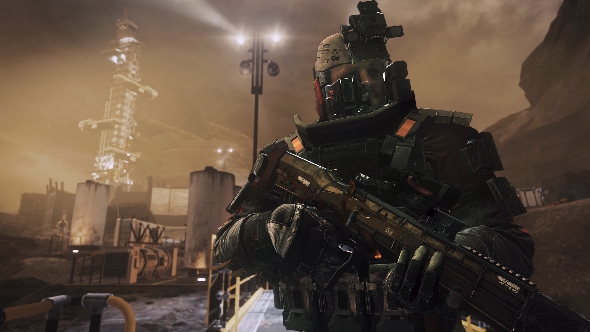 All these positive points won’t help sell Infinite Warfare though. It’s clear that the series is losing traction with audiences. But would the praise for the campaign resonate more if players could buy it standalone for half the price? Call of Duty is always one of the most expensive games of the year, and certainly in the past I’ve been put off buying it due to only wanting to play one part of it. Perhaps Activision would have seen more of my money over the years if they’d allowed me access to just the things I was interested in?

Splitting the package up would be healthier for all aspects of Call of Duty, too. It’s long been thought that the multiplayer should stop being a yearly re-hash and become a continuing service-style model. It’s a huge enough deal that it’s outgrown its current format and should clearly exist outside annual packages. Such a move would allow meaningful progression that lasts longer than 12 months, and prevent player bases being fractured each and every November.

The move would then free up the campaigns to be their own thing. For people like me, who genuinely enjoy a bit of scripted shooter action every now and again, a discounted version containing just the campaign sounds infinitely more appealing than the current $60/£40 that’s essentially 50% waste. 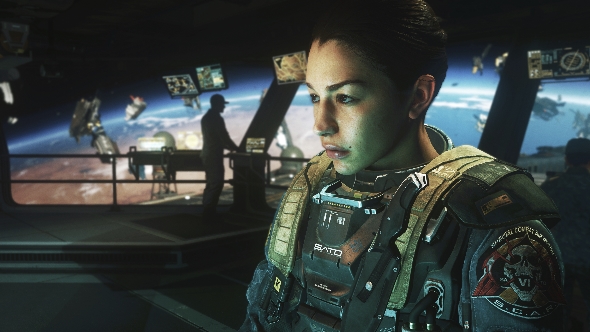 It would also be a show of confidence from Activision. For near enough a decade the campaigns have been the part most players ignored. But Infinite Warfare is a single-player that pulls its weight and is a viable sell on its lonesome. Making it available for standalone purchase demonstrates confidence in the game.

Right now Modern Warfare Remastered is only available as part of the Legacy Edition of Infinite Warfare. That means to play All Ghillied Up in flashy new graphics you’ll need to shell out $80/£60. I don’t think this situation will last long; there’s a good chance Activision are planning a standalone release of MWR. It should be the start of a larger movement though. Infinity Ward gave us choice in what missions we play in Infinite Warfare’s campaign. It’s about time Activision gave us choice in how we buy Call of Duty.