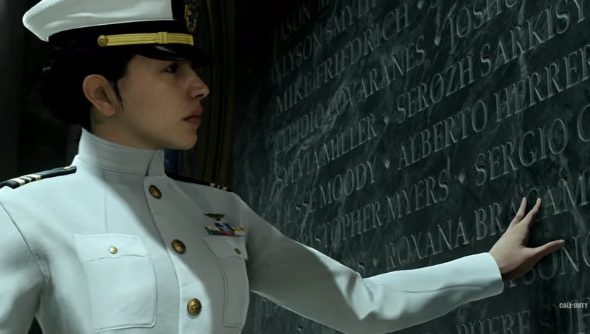 Call of Duty: Infinite Warfare might be taking players into space and to other planets in the Milky Way, but that doesn’t mean you won’t feel right at home using its movement system, according to a tweet from developers Infinity Ward.

Do you think this will be a return to form for what was once considered one of the best FPS series?

It’s safe to assume there will be some kind of shake-up to the control system in Infinite Warfare, especially during the zero-gravity sequences teased in the trailer, but apparently the system will be intuitive and familiar to anyone who’s played Black Ops 3.

“If you’ve played #BlackOps3 before, our take on the chain-based fluid movement system will feel natural to you,” said a tweet from the Infinity Ward account.

@CODINT3L If you’ve played #BlackOps3 before, our take on the chain-based fluid movement system will feel natural to you. #InfiniteWarfare

It sounds like the movement system is getting a rework, then, though it’ll still retain its feel to veterans. So expect to be double-jumping and wall-running as normal, but perhaps with a little less gravity holding you down.