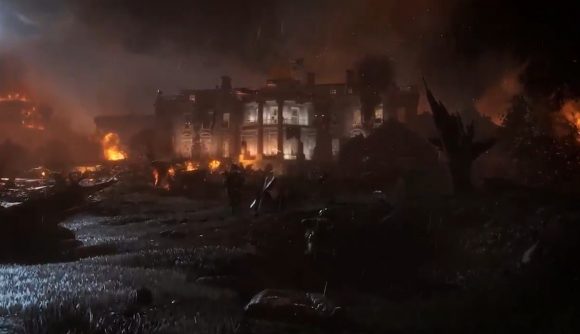 Activision’s efforts at releasing ‘surprise’ Call of Duty titles is as effective as ever, and now even more details about the not-so-secret Call of Duty: Modern Warfare 2 Campaign Remastered have begun to leak out, including a full trailer and achievement list. If you remained sceptical about whether the remastered FPS is coming soon, it’s probably time to drop the cynicism.

After an early store page for Modern Warfare 2 remastered showed up on the German PlayStation Network earlier today, a full trailer for the new release also leaked. You can scroll down to see the full video, but the trailer appears to confirm that it’s a campaign-only remaster, and says the game is “available now” – and while that’s not currently true, it certainly means the trailer is for a game aimed to release very soon.

On top of the video, a full trophy list for the PlayStation version of the remaster is also up, as you can see on PSNProfiles. While the list doesn’t really reveal anything spicy – this is an update of a decade-old game, after all – it does add yet more credence to the idea that Modern Warfare 2 Remastered will be out very soon.

If the leaks pan out, you’ll once again be whispering “no Russian” on March 31.

RT if you're hyped. pic.twitter.com/5FipfcNt1N

The secret launch of Modern Warfare 2 Remastered is going about as well as it did for Call of Duty: Warzone, but if we’re getting an excuse to revisit one of the best modern FPS games, we won’t complain too much.