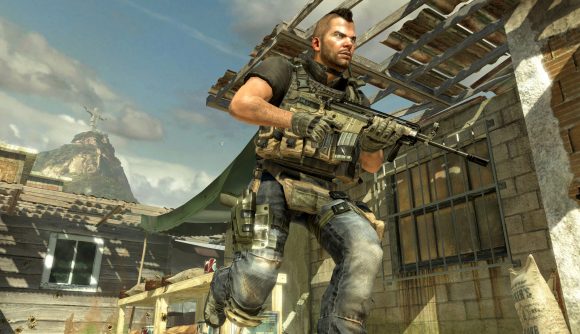 User Nibel has posted screenshots of the PlayStation Store’s Call of Duty: Modern Warfare 2 Campaign Remastered page on Twitter, which bears the same image revealed in the previous leaks. Head to the page as of this story and the FPS game’s listing is indeed live on the German version of the site (though it doesn’t appear to be featured on the UK or US language versions of the site).

Priced at €24.99 (approximately £22.20 / $27.57), the game carries a release date of 31 March, 2020, which is surely an exciting surprise for fans of the over decade-old original, keen to jump back into its story mode in shiny, newly overhauled visuals. It’s worth noting the campaign remaster is just that – it doesn’t include the game’s multiplayer maps in addition to the story mode.

This news follows a string of leaks revealing the campaign remaster’s existence after it was originally rumoured in 2018 (along with the correct information that it doesn’t feature multiplayer maps). A PEGI rating further fuelled the flames in 2019, before another hint popped up on Twitter just this week suggesting it would arrive March 30, only one day out of its actual launch date. Not bad.

And just as I tweet this: MW2 page is up on the German PSN store; launching tomorrow for 24,99€https://t.co/xNopxUHBT0 pic.twitter.com/CbJkWh0ema

Eurogamer reports sources have indicated to the site that the Modern Warfare 2 remaster has been ready to drop for a while, but publisher Activision has just been awaiting the right moment to launch it. Keep your eyes peeled as it looks like that moment has (almost) come.